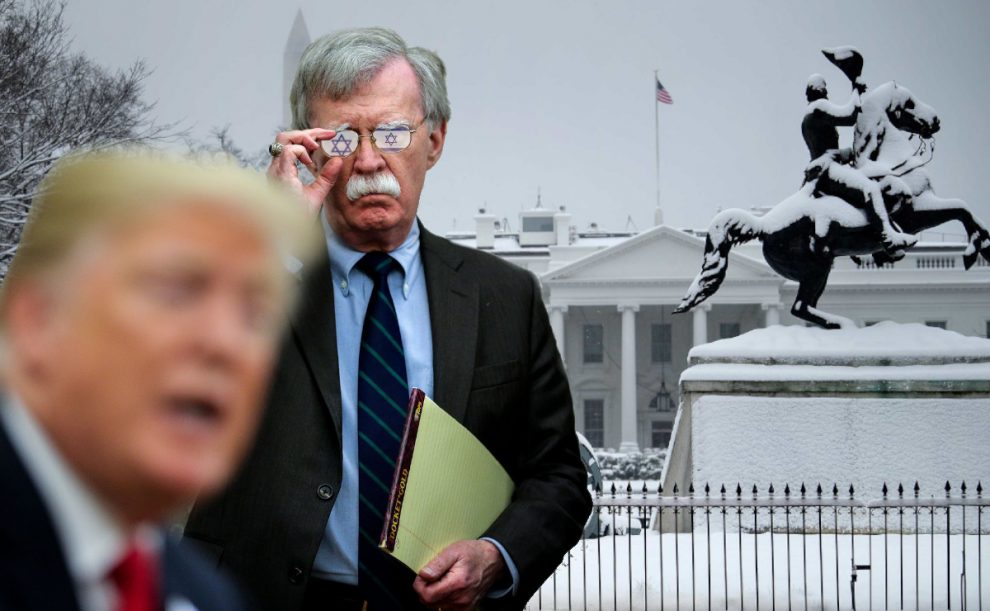 In this job, he lasted three days longer than his tenure at the United Nations as the U.S.’ representative, which simply earned him one more title on his resume – consisting of an American attorney, political commentator, Republican consultant and former diplomat – and cost a country for the Iraqi people. Bolton was appointed by President George W. Bush to serve as the U.S. representative at the U.N. on Aug. 2, 2005 during a recess of Congress – because he could have never received the appointment otherwise.

A former senior fellow at the American Enterprise Institute (AEI) and Fox News Channel commentator, Bolton has been involved with numerous conservative organizations, including the anti-Muslim Gatestone Institute, where he was a director of the Project for the New American Century, which favored going to war with Iraq.

However, later he was appointed as national security adviser by Trump last year on April 9, and he saw his first scandal 20 days later. He singlehandedly ruined the president’s carefully prepared North Korea nuclear negotiations. He said on Fox News that: “The U.S. wanted to have a Libyan model for Kim [Jong-un].” In that model, Libyan leader Muammar Gaddafi was killed, and his country was torn apart, with brothers killing brothers. So, Kim went to the summit with Trump wearing his proverbial bulletproof vest, arms crossed and not uttering a single word. It took almost three months and extensive courtship for Trump to bring Kim back to the negotiation table.

In his 519 days at the White House, Bolton was only able to make Israel happy. During one of his endless tours of Israel, he threatened Turkey with economic devastation and reiterated that if Turkey released pastor Andrew Brunson, the value of the Turkish lira would jump back to where it would normally be. In another visit to Israel, Bolton made the grave mistake of asking Turkey to promise that it would protect Syrian Kurds if the U.S. withdraws from Syria. Turkish officials were so angry with the statement that President Recep Tayyip Erdoğan and Foreign Minister Mevlüt Çavuşoğlu refused to see him. Turkey registered its hurt feelings that way, but Bolton took it as a “Turkish refusal to protect Syria’s Kurds,” and he was able to make the administration back down from Trump’s promise to withdraw the U.S. soldiers from Syria completely.

Yes, those who report directly to Trump in the White House are only “props in the background,” as Ashley Parker wrote in The Washington Post. She calls it Trump’s Kafkaesque rules for those who are in his orbit. Neither Gen. Michael Flynn nor Gen. H. R. McMaster were lap dogs for the Israel First lobby. Both had independent views about the future of Iraq and Syria. Both designed plans to put a strong scaffold in policy to remedy the chaos then-President Barack Obama and Secretary of State Hillary Clinton had created in these countries.

Bolton has left the White House, but the turmoil he helped create in Syria remains. U.S. Central Command (CENTCOM) continues to run around like a headless chicken without clear guidance from Washington. On one hand, they are engaging in the efforts to create a safe zone in Syria, which could push the PKK and its Syrian affiliate, the Democratic Union Party (PYD), further south so Turkey’s concerns may be addressed and could provide an opportunity for hundreds of thousands of Syrian Arabs and Kurds to safely return to their villages and towns. Yet, the same commanders are still in the business of equipping and training of the terrorists.

It was Bolton’s NeoCon policy to dismantle Syria and create a buffer state to protect Israel from Iran. President Trump needs to address the mess that his prop left behind on stage.