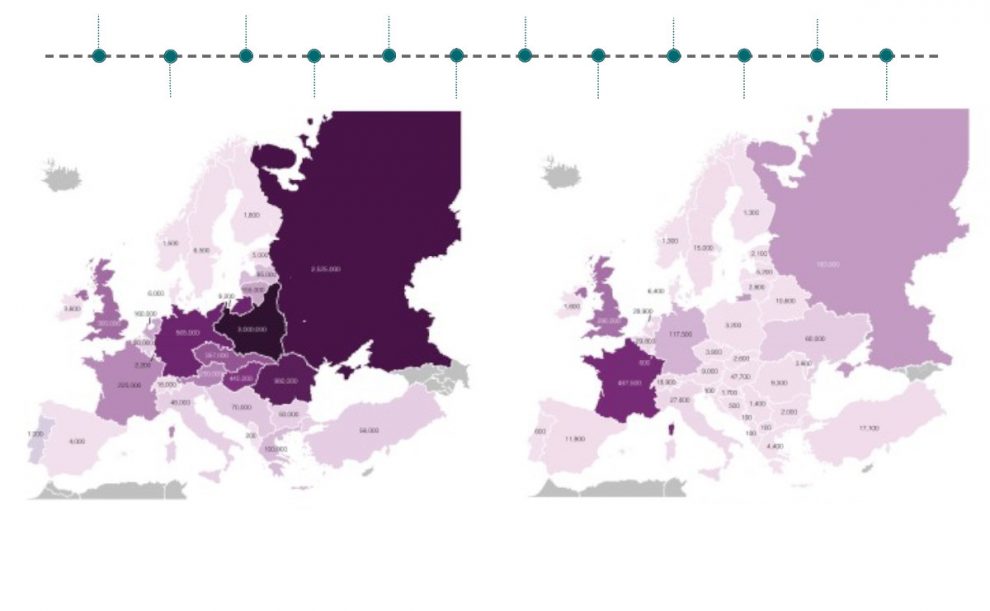 Peretz, a former chief rabbi of the Israeli military, heads the United Right party, which holds five seats in the Knesset. Peretz is the leader of a bloc of ultra right-wing religious parties. Prime Minister Benjamin Netanyahu was personally involved in forming this political bloc, which also includes the Jewish supremacist „Jewish Power“ party. If Netanyahu wins the upcoming elections, Peretz will likely stay on as education minister.

The United Right party is the most prominent political representative of Israeli settlers in the West Bank. It repudiates the idea of a Palestinian state and stresses Israel’s biblical and religious connections to land Palestinians seek for a state.

The Holocaust, also known as the Shoah, was the World War II genocide of the European Jews. Between 1941 and 1945, across German-occupied Europe, Nazi Germany and its collaborators systematically murdered at least six million Jews, around two-thirds of Europe’s Jewish population. The murders were carried out in pogroms and mass shootings; by a policy of extermination through labour in concentration camps; and in gas chambers and gas vans in German extermination camps, chiefly Auschwitz, Bełżec, Chełmno, Majdanek, Sobibór, and Treblinka in occupied Poland.

The equalisation of the Holocaust with assimilation is the belittlement of international crimes and crimes against humanity committed by Nazi criminals. A minister of a democratic country should not do it. If Peretz remains in office as Israel’s education minister it proves again how powerful the United Right party is.

The Flood of Noah
The impact of the anti-B.D.S. Bundestag resolution on Germany
Comment