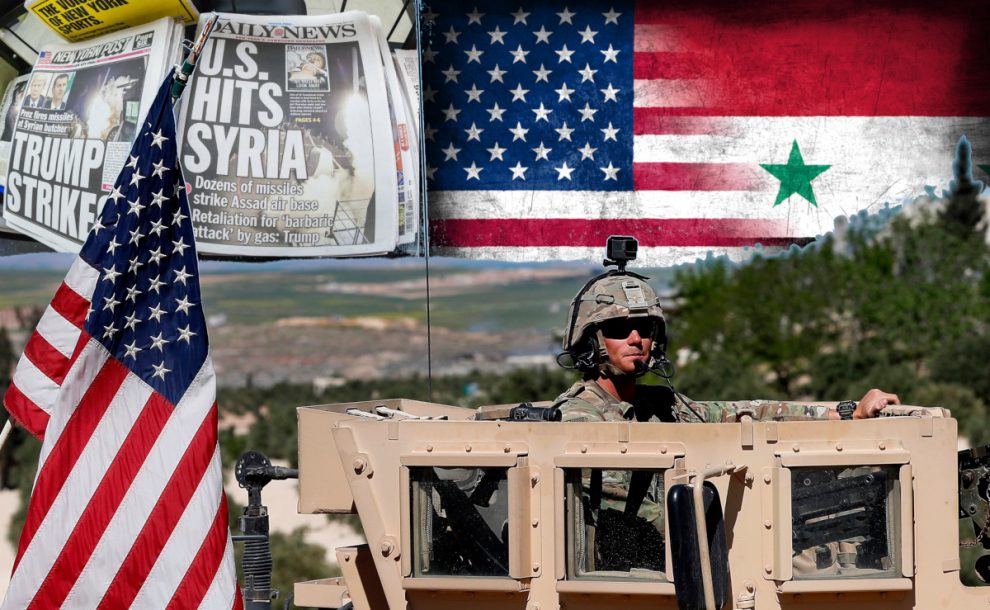 Imagine yourself on the seventh floor of Foggy Bottom, at the U.S. State Department; probably this very morning you could hear conversations such as these:

Mike “Pompous” Pompeo, with that smirk on his face, would congratulate his special envoy for Syria, a former infantryman, ambassador to Turkey and Iraq and a 35-year veteran of the foreign service, who once again convinced Turkey not to pull the plug on the one-legged alliance with the U.S.

The term “to pull the plug” still does not connote an act of killing as it does in the U.S., so this experienced Middle East expert has yet again gotten away with this metaphorical murder. James Jeffrey is famous for not sparing any of his superiors his blunt talks, and probably would have that smug look on his face during the encounter I am imagining in Pompeo’s office.

I remember hearing the terrible connotation of pull-the-plug actions in medical terms in a court case that a friend of mine brought against a famous hospital in Maryland. It is an action without which you cannot bury a person, no matter how terminally ill he or she is. Unless you pull the plug of a machine, be it a $15 air pump, or a million-dollar life-support machine, the organism is still alive. Doctors may call him or her brain dead, in a vegetative state or portray the situation with another $50 word, since you cannot take him or her to the cemetery yet, it is your pulling the plug that actually kills him.

Mr. Jeffrey wants to kill the Astana process which is the only diplomatic initiative to bring peace to Syria. It is the process that had ceased the hostilities in the area. It is the only approach that practically solved many issues related to the civil war, so that hundreds of thousands of refugees in Turkey and Jordan returned to their homes in Syria.

The smart aleck comment by Jeffrey that the Syrian political process is at a stalemate is a sheer lie – unless you silence the guns in a civil war situation you cannot have a political process. He knows very well that the tripartite Astana and Sochi processes were doing exactly that: calling for the cessation of hostilities between opposition groups and forces by creating four so-called de-escalation zones.

The only possibility of an escalation in hostilities is emanating from the actions of the U.S. They are still supporting the terrorist PKK’s Syrian extensions under the guise of the Syrian Democratic Forces (SDF) claiming that they need these terrorists to fight Daesh. Jeffrey and his bosses in Washington know very well that whatever remains of the so called Daesh threat could be eliminated in two weeks completely and it would never raise its ugly head ever again.

Jeffrey’s Turkish interlocutors know that the U.S.’ intention to kill the only working process that could bring total peace in Syria is to prolong the war in Syria so that it can be dismembered, and a PKK state can be created as a buffer zone between Israel and Iran-Iraq and Turkey. In order to make that future PKK state as large as possible the U.S. needs to keep the area east of the Euphrates under their control.

That is why they are now trying to erect what they call observation points around the prospective areas. And that is why the U.S. had never intended to implement the “general road map” for Manbij that U.S. Secretary of State Mike Pompeo and Turkish Foreign Minister Mevlüt Çavuşoğlu endorsed almost a year ago.

State Department “sources” tried to attach conditions to the agreement after the announcement, saying there were “several phases” of the road map that would not progress to the next phase unless the U.S. was convinced the previous phase was completed. Those phases were never spoken about between Pompeo and Çavuşoğlu.

One morning the U.S. will wake up to see that all the plugs have been pulled and the bridges on the Euphrates have been crossed. That morning I really would love to be on the seventh floor at Foggy Bottom.
Source: Daily Sabah

We must work together to build a new world order. This is how we can do it
Effects of lazy journalism
Comment