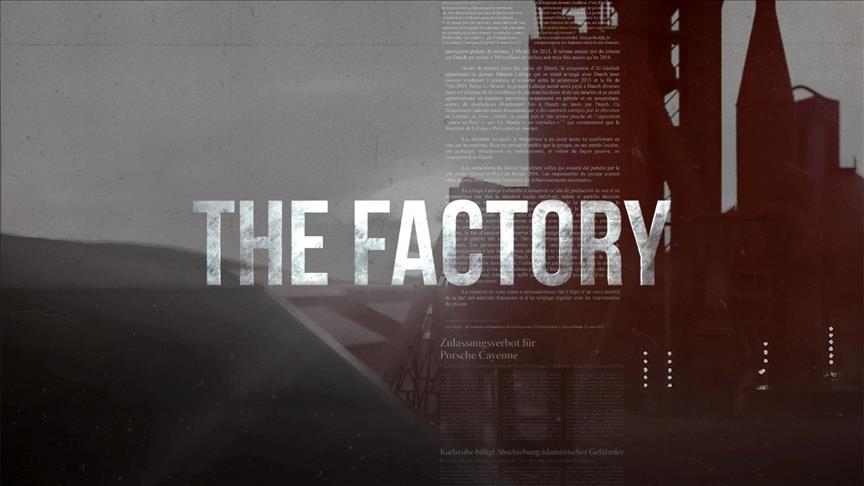 The documentary, The Factory, will “reveal the sinister network behind funding international terror,” on the sixth anniversary of the 2015 Paris terror attacks, at TRT News, TRT World and TRT Arabi, a news release by TRT World said Thursday.

The documentary is “the result of a 2-year investigation and analysis of more than half a million documents,” according to a statement that added the film revealed, “one of the darkest episodes of the Syrian War.”

It details why Lafarge “decided to stay in Syria and keep its factory operative throughout the war, how EU funds were diverted to DAESH and the PKK, with the knowledge and cover-up of the French intelligence agencies, the steps taken by French politicians and intelligence agencies to save Lafarge from legal proceedings, and how the process of funding Daesh in Syria ended up financing 2015 Paris attacks,” it said.

It was produced by the Exclusive News and Content Department at TRT World, with executive producer and director Abdulkadir Karakelle, producer Omer Faruk Tunc and director of cinematography Guray Ervin.

The documents exposed how Lafarge, charged with complicity in crimes against humanity regarding funding Daesh/ISIS operations in Syria, had a relationship with the terror outfit that French intelligence fully knew about.

French agencies, according to data obtained, used Lafarge’s network to get intelligence in the region and maintain operations.