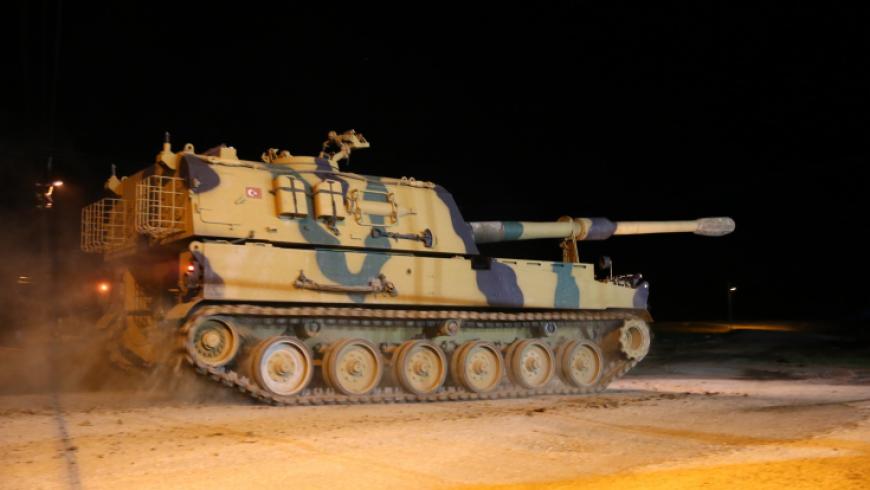 On Sunday, the commander of the Russian forces in Syria issued a final warning to the Syrian Democratic Forces (SDF) about the upcoming Turkish military operation in northern Syria, during a meeting held between the two sides in Hassakeh.

On Sunday, warplanes arrived at Qamishli airport carrying Aleksandr Chaiko, the commander of the Russian forces in Syria, along with Russian advisers and military leaders, as Russian helicopters flew overhead.

Chaiko met with SDF commander Mazloum Abdi at the latter’s residence in the Istharat al-Wazir, which is one of the U.S. bases in the Hassakeh governorate.

An informed source told Syria TV that the Russian forces’ commander made clear to Abdi that Turkey is determined to launch a ground operation in northern Syria and that Moscow is unable to stop this operation without giving Turkey real security guarantees.

“Russia requires the SDF to withdraw all its forces and institutions from the area of Ain al-Arab, Manbij and Tal Rifaat, and to hand over the area to Russian forces. The SDF must allow the regime’s army to return there,” he said.

Chaiko stressed that “the Russian offer to the SDF is the final one, and Russia will not be able to stop the Turkish operation after it begins.”

The commander stressed that “Ain al-Arab is the most prominent Turkish target, along with Tal Rifaat north of Aleppo.”

The SDF offered Russia to increase the number and points of Russian and regime forces along the border strip while maintaining the presence of civilian institutions and security services (police) of the Autonomous Administration.

In the meeting, the SDF stressed its commitment to the de-escalation agreement with Turkey and maintaining stability in the region.

The source reported that the meeting between the two parties ended without reaching an agreement, with the SDF confirming that it rejects the option of withdrawing from these areas.

According to local media sources, on Monday Russian military police cancelled a joint patrol with Turkish forces, which was scheduled to take place in the eastern countryside of Ain al-Arab.

Over the past week, movements of Russian and US forces along the border strip with Turkey have decreased, while US patrols stopped operating in the areas of the oil fields until two days before Turkey targeted SDF military sites in northeastern Syria.