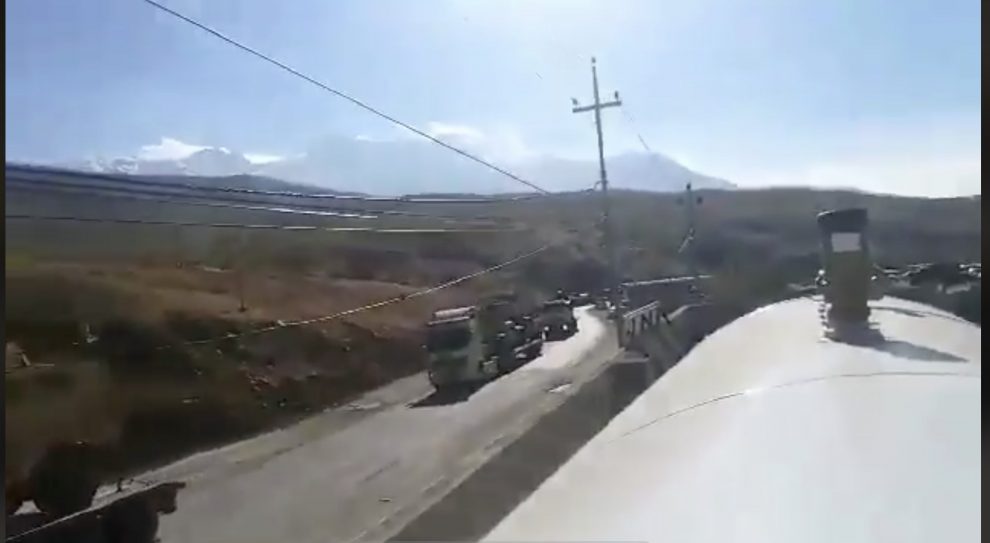 Governing regional Iraqi Kurdish party Kurdistan Democratic Party or KDP has just deployed large reinforcements near Qandil mountain where terrorist PKK headquarters are located, according to the local sources. The move of Iraqi Kurds came right after Baghdad also sent more than 2500 soldiers to the outskirts of Sinjar which has been under PKK control. Experts say much-anticipated coordinated operation of Kurds, Baghdad government and Turkey would bring an end to the existence of PKK.

Iraqi Kurdish researcher Abdulla Hawez shared a video of KDP’s huge reinforcements around Qandil mountain on Twitter. Hawez, whom has closely been following the developments in Iraqi Kurdistan pointed out that there is already large number of Turkish troops near the area and Turkey is determined to bring an end to PKK. “Turkey is certainly emboldened by victories in Libya and more recently in Karabakh, they are more determined to ‘end’ PKK,” Hawez pointed out but he also reminded how tough the winter conditions are on Qandil and an operation before the spring is unlikely but not impossible.

6 days ago Iraqi intelligence captured a truck loaded with heavy arms along with 4 members of terrorist PKK. The captured terrorists admitted that the arms were loaded in Syria and bound for Makhmur camp of PKK. Experts say that PKK’s sister organization PYD which has somewhat gained legitimacy with the help of Obama administration has been trying to provide a breathing room for PKK by providing arms support.

Local sources say the recent deployments of Iraqi Kurds and the central government against PKK aims to circle the already cornered terror group into small pockets so Turkish Armed Forces could easily annihilate them once and for all. Turkey’s envied drone power provides a huge advantage in warfares as proven extremely effective in Syria, Libya and most recently in Karabakh.

Turkish government has also reportedly been planing to move quicker against the PKK as Joe Biden is preparing to take over the administration in the US after an elections which president Trump said was a fraud. As the Joe Biden cabinet is expected to carry on with Obama-era policies, Washington could once more provide shield for the terrorist PKK and try to prevent Turkey from hammering the terror group out.