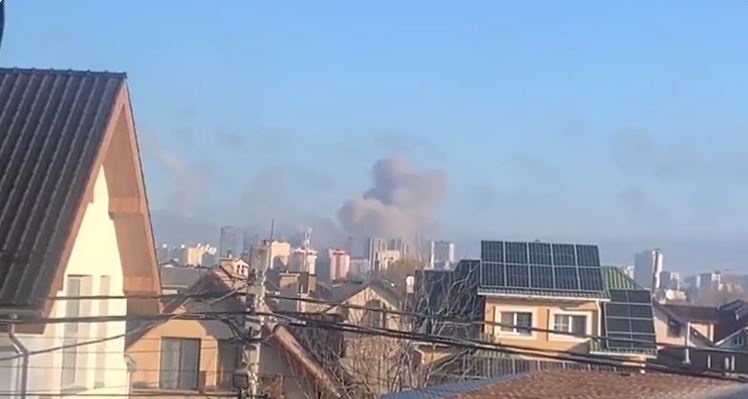 Kharkiv, Odesa: Air raid alerts go off in Kharkiv and Odesa following other Ukrainian cities. People must go to the closest shelter.

Konotop, Sumy Oblast: Russian aircraft flew over the city of Konotop, Suspilne media’s local branch reports. Two powerful explosions in the Konotop area were reported by inhabitants in the city.

Mykolaiv: Armed Forces of Ukraine successfully repel an attack by Russian forces on Mykolaiv, a city near the Black Sea in southern Ukraine, Ukraine’s Verkhovna Rada reports. Heavy fighting ensued after Russian troops attempted to land in Mykolaiv, but were unable to break through Ukraine’s anti-aircraft system, Governor of Mykolaiv Vitaliy Kim said.

Kyiv: An attack on a military unit in Kyiv has been repelled by Ukraine’s military. Russian invading forces attacked a military unit on Kyiv’s left bank overnight, but Ukraine’s forces were able to successfully fight it off, according to the Land forces of the Armed Forces of Ukraine.

Bila Tserkva, Kyiv Oblast: Yet another Russian Il-76 transporter downed. Ukraine’s air defense near Bila Tserkva, approximately 80 kilometers south of Kyiv, killed the second aircraft that had the capacity to transfer over 100 paratroopers for landing near Kyiv, according to Ukraine’s State Agency for Special Communications.

Kyiv’s Shulyavka, Kyiv Zoo, Beresteiska: More than 50 explosions and as well as heavy machine gun fire have been reported in the Shulyavka and Kyiv Zoo areas. There are also reports of heavy gunfire by the Beresteiska metro station, near to a Ukrainian military unit that is located there.

This is the second time in the past 24 hours that the Russian forces tried to destroy the power plant. The Ukrainian military is repelling attacks.

A Russian Ilyushin Il-76 was shot close to the city of Vasylkiv south of Kyiv, according to Ukraine’s top general Valeriy Zaluzhniy. The aircraft could carry nearly 150 troops.