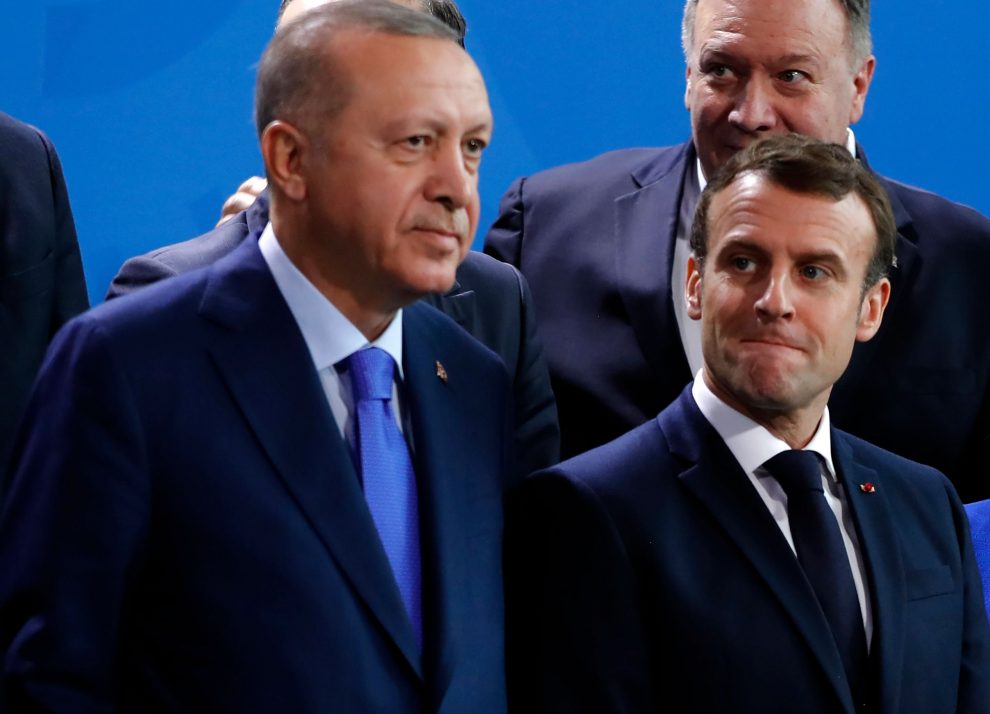 Turkey’s president Recep Tayyip Erdogan held a video conference with French counterpart Emmanuel Macron on Tuesday night, first meeting in 5 months since bilateral relations between the countries have been strained by fierce French opposition to Turkey on several fronts.

Erdogan told Macron that both countries have serious potential of cooperation, according to the statement released by Presidential Communications Directorate after the meeting. “Turkey, France can make significant contributions to security, stability, peace efforts from Europe to Caucasus, Mideast and Africa,” Erdoğan said to Macron.

Bilateral relations between Turkey and France have gone south for some time after Paris fiercely positioned itself against Ankara on several vital fronts such as Eastmed dispute, conflicts in Libya, Nagorno Karabakh and Syria. France led a group of EU countries to place sanctions on Turkey for Eastmed drillings but its attempt failed after Germany and other member countries opposed the sanctions.

Both leaders met for the first time on Tuesday via video call in an effort to overcome differences. Erdogan and Macron agreed to work together on several international issues, according to a statement released by Turkey. French side has yet to make announcement on the details of the talk.

The meeting could also disturb Greece who counts on French support in its Eastmed claims. Athens was forced to sign a multi-billion dollar military procurement deal with Paris which includes Rafael jet fighters to make sure continues French support against Turkey in the Mediterranean dispute.