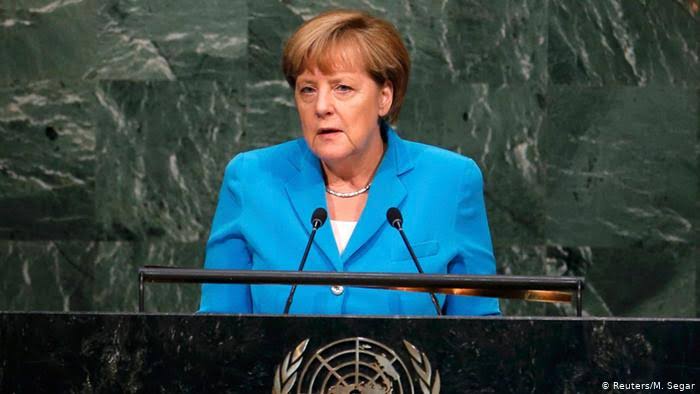 German leader Angela Merkel called for reforming of United Nations Security Council saying the council faces preventions when there is a need for a straight up decisions joining Turkish president Recep Tayyip Erdogan’s long-standing motto of “the world is bigger than five.”

Angela Merkel released a statement on Tuesday marking the 75th anniversary of establishment of the United Nations. The German Chancellor said the United Nations needs to improve itself to better tackle the challenges of the 21. century. “When there is a need for a straight up decision, security council is being blocked frequently,” Merkel reiterated. This was the first substantial reaction coming from Germany to the 75 years old global structure. Germany has been a non-permanent member of the security council for two years. According to semi-official Turkish news agency Anadolu, Germany wants become a permanent member in UNSC.

“Germany would be glad to take part and responsibility in a expanded UNSC,” Merkel reiterated in her statement. German leader apparently pointed her finger at China and Russia when she said that the council is being prevented when it needs to make decisions on important matters. China and Russia have been accused of blocking UNSC resolutions when the subjects conflicts their interests.

THE WORLD IS BIGGER THAN FIVE

Turkish president Recep Tayyip Erdogan has been calling to reform the security council for years. Erdogan once again stressed the issue during his speech on Monday saying the fate of world’s 6 billion population should not be in the hands of 5 nations.