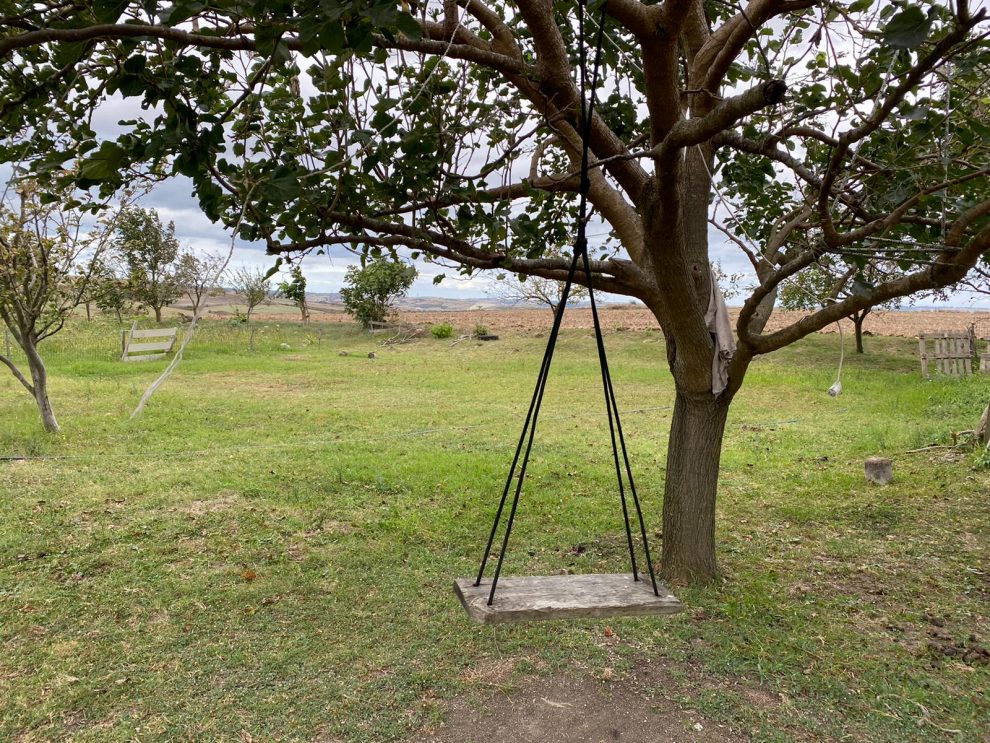 It was a modest Sunday morning that we set out for a trip outside Istanbul – Napoleon Bonaparte once called capital of the universe.

Driving through zig-zag roads amid ripened crops, it was a day out of the hustle and bustle of the city of 20 million.

After a drive of over 40 minutes, we entered a farm welcomed by a moo of cows and bulls whose attention was caught by the tractors carrying lush green fodder.

At the outset, after exchange of greetings with our host, we set things for the day – put on some fire to prepare Turkish tea, and set table for the barbeque.

A not-so-old man, who insisted we put on jacket or warm clothes, gathered wood for fire, brought volley ball and took children to play field. He directed few of us towards his vast farm, patched with cow dung and vegetables. Soon, we got on to the trees and plucked apples.

Later, at the lunch, fresh capsicum and green chilly from his vegetable fields added flavor to our meals.

Guide of the team, who is a regular visitor, briefed us about the working of the farm. The owners mostly cater to sacrificial animals which are fed all the year for the Muslim festival. Laces with modern technology of rearing the cattle, we moved inside the big cow shed overlooking vast fields around it.

After initial gup-shup (chat-chat), we sat inside our host’s 3-room farm house. Traditional Turkish tea was served amid brief introduction.

What follows is nostalgia and legacy of the current times.

“Laziness has crept inside us and that is dangerous,” roared the host, who seemed to be in his early 60s. “There was a time when people of my age were not so free to choose subjects of their choice because of the indifferent rulers,” he told us, a group of graduate students. “But time is on our side now.”

From the beginning until we wrapped the visit, the discussion was raising the level of seriousness. The audience listened with utmost silence and put forward intriguing questions.

“What has changed in Turkey over the years is that the current rulers have been able to practically show to the world that they are able and capable to lead a country,” he asserted.

The host – whose name I do not remember – was referring to the government of Turkey led by Recep Tayyip Erdogan and discussion was caught in the raging waters of East Mediterranean Sea.

“We have come a long way since Tayyip climbed the ladder to swirl the country out of many a kind of slavery (of foreign powers),” he said. “Currently, we are fighting a battle to come out of economic slavery,” he said responding to concerns about Turkish Lira.

Many Turks, mostly his contemporaries of President Recep Tayyip Erdogan, call him by his middle name – Tayyip.

The irony about the current, so-called developed world, is that “we can’t own our resources”, he exclaimed. “Look at Africa; it has been looted for decades but the native people live in poverty.”

Turning to tensions in East Mediterranean Sea – which now seem to have lowered – the man said: “it is a big battle… if we win it, it will have a cascading effect in the exploited global south.”

“It will be freedom for Africa from the exploiters… Turkey’s fight for its rights will pave way for freedom to use one’s own resources,” he said in reference to France whose legacy of loot and plunder in African countries is long and deep.

France is also an ally of Greece against Turkey in East Mediterranean Sea where Ankara is being excluded from the resource-rich continental shelf despite sharing the longest coast of the sea.

– A word of caution — and advice

Time has come to rise to the occasion, the host said insisting on “working hard to create knowledge hubs to show the light for the future generations”.

“Intellectuals (in the Muslims world) have a huge responsibility on their shoulders… it is better we take lessons from the past and look towards our goals,” he said.

“We must avoid getting stuck in power for personal use… use the opportunity to win over attacks coming from unknown places… if we win, it will open windows of freedom for oppressed communities across the globe,” he added.

The host was referring to alliance between late Erbakan — an engineering professor and a towering Turkish politician who emerged as a face of Islamists in the country – and then the Republican People’s Party (CHP) head Bulent Ecevit who rose to become prime minister with former’s support.

“There was a 3-point agenda moved by Prof Erbakan: laying base for big industries in the country, removing restrictions on Imam Hatip Schools and solution to Turkish Cypriots on the Cyprus island,” the host explained.

“Ecevit accepted and today we are reaping benefits of the 3-point agenda set by Erbakan – may Allah be pleased with him,” Aameen — responded every participant, awed by the history lesson.

In Cyprus Peace Operation 1974, Turkey militarily intervened and helped Turkish Cypriots form the oppression of Greek Cypriots who had launched an army coup and evicted Turks from administration and other power yielding positions.

“The booming industries of today’s Turkey be that in agriculture or defense… is outcome of the industries policy of late Erbakan Hoca (master),” he maintained. “This is vision but for the vision to materialize requires hard, and sincere work. That is now more required than ever!”

Jumping to bloodless post-modern coup of February 28, 1997 in which Prime Minister Erbakan was forced to leave the government, the host responded: “do not look for short-term results nor make short-term policies… don’t be a reactionary!”

“Prof Erbakan resisted any temptation to come out on streets against the 1998 military coup… look… we reaped the results 18 years later on the night of July 15, 2016 when tens of thousands of people came out on streets against the failed military coup… burying it once for all,” he explained. “President (Recep) Tayyip (Erdogan) is a product of Imam Hatip School… what else do you need to think about… it is about vision!”

– ‘Take challenge of responsibility head on’

In his morale boosting effort, the host emphasized on two issues: education and respect for rights of people.

“Education is a tool through which one can safeguard rights of the people and we need to achieve both,” he said.

“Road is open and safe unlike past… take on the challenge of responsibility,” he asked the participants. “Unfortunately, we are victims of complacency… it is not good.”

“Movements create leaders and it demands that we sustain the movement!”