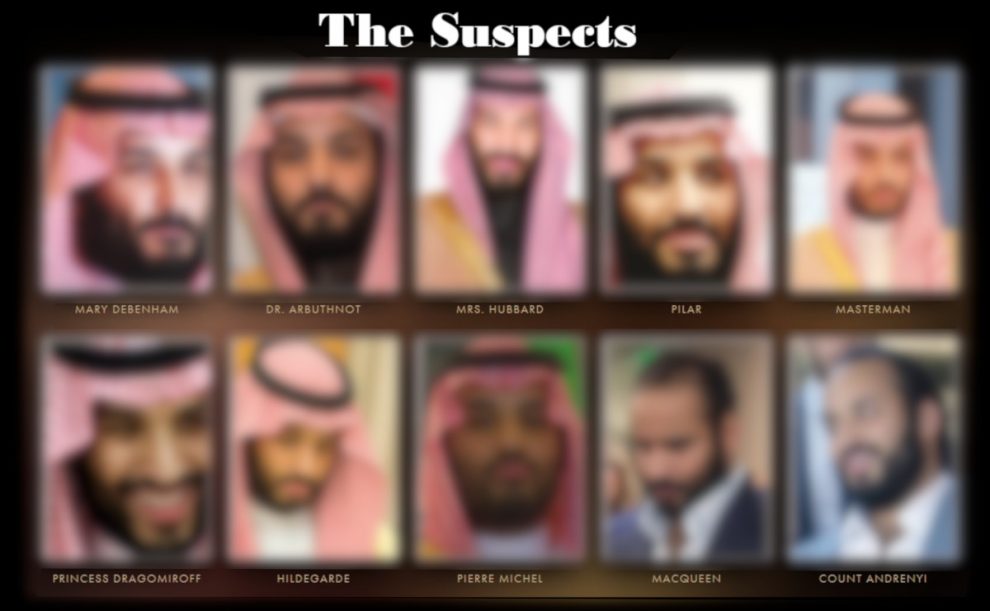 The Washington Post considers President Recep Tayyip Erdoğan a pivotal dealmaker in the investigation of the Saudi journalist Jamal Khashoggi’s case, for all the wrong reasons. According to the Post, and between Turkey and this newspaper there seems to be no love lost, the Turkish president has been competing with the young and ambitious Saudi heir presumptive for the leadership in the Middle East. Not only that, the Post claims there is a feud between Turkey and Saudi Arabia over Qatar. According to the newspaper, “analysts” think that for Erdoğan “the benefits of turning up the heat on Saudi Arabia and its young Crown Prince Mohammed [bin Salman] were apparent.”

May Edward Said rest in peace. Orientalism is alive and kicking after all these years since he portrayed it as, “The West’s patronizing representations of the East.” He worked on orientalism in Western scholarship, but it sure is inextricably tied to imperialism’s media, too.

The Washington Post and The New York Times or The London Times are put together by the people who strongly believe that the political elites of those “far away Muslim lands” have internalized the supreme cultures created by French, British and, later, American statesmen. Those people do as the Western elite do: “[If] Erdoğan has no personal affection for the Saudi prince,” then everything happening there should be called “a feud.” For the orientalists, those oriental people never miss a good opportunity to get personal because they have no respect for law, history or to the brotherhood among their people; their actions cannot be just what it appears to be. Hence, Turkey could have used any opportunity to damage the Saudi crown prince’s reputation. Again, the unnamed “analysts” say that the motive Turkey had when it was investigating Jamal Khashoggi’s disappearance was to drive a wedge between Saudi Arabia and the United States.

It is those “analysts,” not reporters, who are making all these observations. Sometimes one starts to see the frustration U.S. President Donald Trump has when he reads what those reporters write.

We have to clarify some points here so we can see how orientalism rears its ugly head here.

The chief public prosecutor in Istanbul, not the president of Turkey, has been conducting the investigation in the Khashoggi case. Unlike the U.S. Department of Justice and the attorney general, the Turkish minister of justice cannot stop a criminal investigation when a public prosecutor has started it. Nor can a political figure manage an investigation, asking the prosecutor to do this or not to do that. One hopes the U.S. government officials and reporters learned this after the case of the so-called pastor Andrew Brunson. But distrust of the laws of the East is also part of their orientalism and old beliefs die hard.

Second, the Turkish president and his administration enjoy very friendly relations with the Kingdom of Saudi Arabia. Their crown prince and his relations with the U.S. is nobody’s but his father’s business. There is no feud between Saudi Arabia and Turkey over anything. Turkey’s defense-related talks and agreements with Saudi Arabia are open to the public and have been supported by all members of the Organisation of Islamic Cooperation (OIC).

Erdoğan and his aides have not “narrated the crisis… as a brazen, state-sponsored assassination on its soil.” Any country should do what Turkey did, if a person enters a foreign consulate and does not come out in a timely manner while their close ones say that person might have been harmed there, the host country seeks the permission of that consulate’s government. This is not “narrating a story.” The Saudi government did what it should do in cooperating with Turkey.

Neither the president nor any aide working for him suggested that Saudi Arabia’s leaders were obstructing the investigation. The Turkish and Saudi governments promised that the findings of the investigation would be shared with the world.

The belly dancers of the Western media are the only thing truly oriental in this case.

Remains of Khashoggi (case)
The Rise and the Fall of the Prince: Fear & Cruelty
Comment