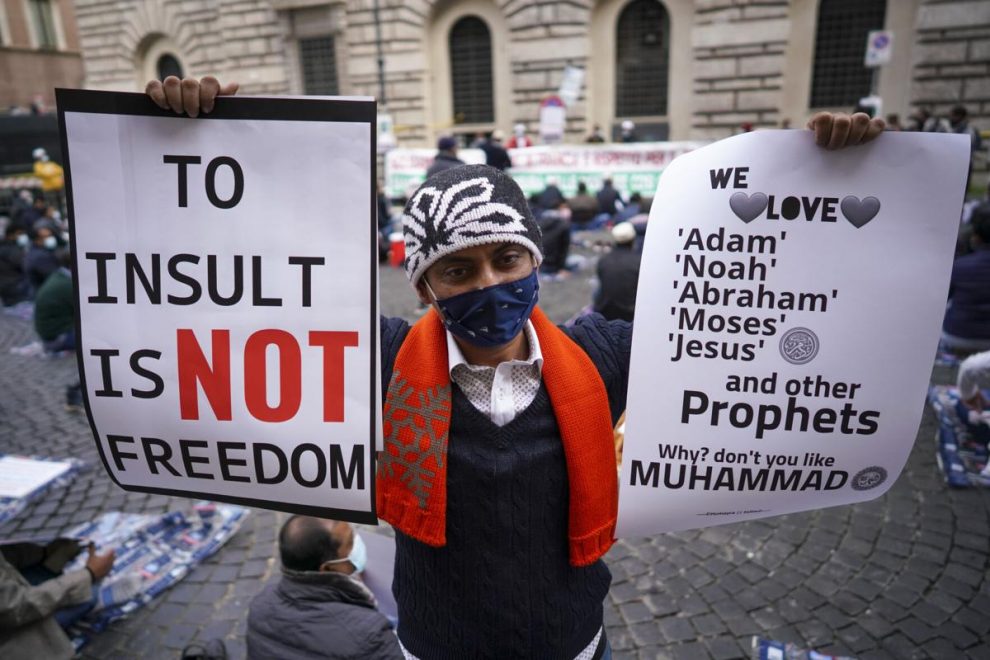 Far-right groups of many European countries have taken streets to tear down Qur’an and insult Islam and Muslims in recent days. Sparked by French President Macron’s demonizing words about Islam and infamous magazine Charlie Hebdo’s caricatures, Islamophobic events have reached at a worrying level.

Muslims across the world have responded insults with protests and called for boycotting French products. Some social media users underline that terrorist activities have nothing with religion, and comment that a few radicals do not represent the Muslim world. Kuwaiti journalist Khaled Al-Mutavva says that “The terrorist killing three French citizens was a drug user while the other one murdering a teacher was provoked by the murdered teacher Samuel Paty”. He calls French rulers to use embracing words and not to support publications of hatred.

Turkish analyst Ali Yılmaz adds that “When someone criticizes Europeans, they call it as an attack to their values. However, when Charlie Hebdo publishes disgusting caricatures, they call it freedom of expression. So, free speech exists only for them”.

Scholar Moussa Ahmad is also critical of the French government’s policies and says that “You can’t see a Muslim tearing down a Bible or insulting prophet Jesus Christ as it is forbidden in Islam. If someone tells you ‘This is my holy book, religion, leader, or else and expect you to respect them, you should respect then. If you put no limits to your freedom, certainly someone will react you and reciprocally occupy your area of freedom, claiming that he/she is using his/her freedom of expression.”

Particularly France is criticized for being the hub of Islamophobia in Europe. 6 million Muslims migrating mainly from old colonies live in France. France had killed millions of people in Africa during colonial period, and brought some sculls of victims to exhibit in museums in Paris.

If Biden wins, what will change on the chessboard?
Good or Evil: Turkey’s Late PM Yilmaz Leaves Behind a Perplexed Legacy