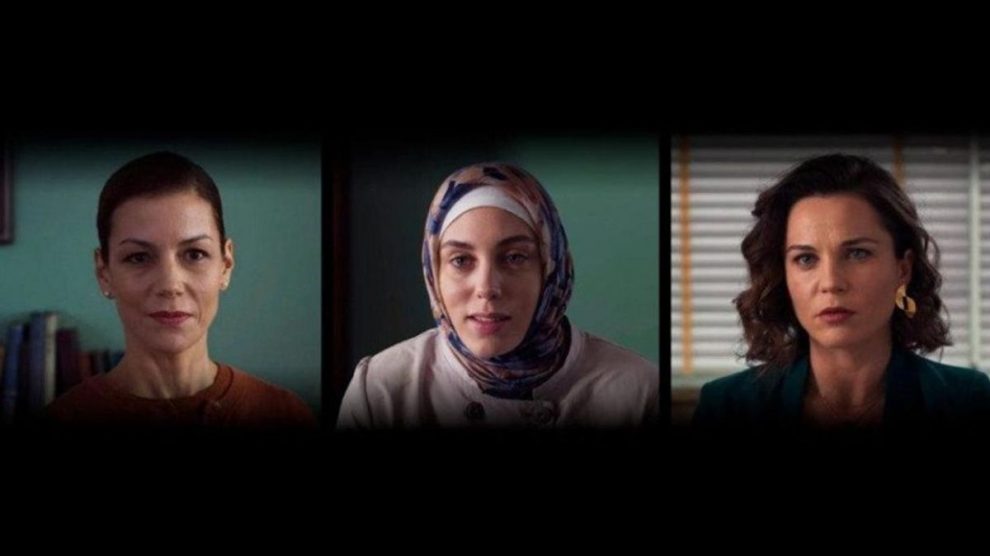 21 years old Sena Sever, a Turkish Instagram phenomenon with nearly 1 million followers shared a short clip on her story from controversial Netflix series Bir Baskadir where a psychiatrist criticized a white supremacist-secular colleague-patient for being prejudiced against headscarf. Wearing headscarf herself, Sena Sever was pleased to see on a major production that seculars of Turkey were finally being criticized for their endless prejudice towards conservatives. But in reality, the Netflix series just carried out the narrative that headscarved-women could be no more than house cleaners and getting rid of headscarf is freeing one self.

Bir Baskadir or Ethos by its English version name, the 8-episode series have successfully touched upon cross-cultural wounds of Turkey. The doctor-patient relations between Meryem (Oyku Karayel) and her psychiatrist whom

comes from a die-hard secular family depicted the viewers how big of a factor miscommunication has been in Turkey’s segregated subcultural societies’ problems especially during 80s and 90s. Young Meryem whom wears headscarf comes from a disadvantaged social and economic background and her psychiatrist disdains and judges her just because of her headscarf and socio-cultural background. In one of the dialogues which went viral, Meryem’s psychiatrist admits to her own psychiatrist how prejudiced she is toward conservative people reasons of which lies in her parents’ own hatred toward religious people. A lot of conservatives in Turkey have embraced the series for these very reasons. But in reality, Ethos just continued the traditional inferiority narrative about headscarved women.

The leading figure of the series, Meryem who works as a house cleaner wears headscarf. Another house cleaner who appears for a few seconds in one of the episodes also wears headscarf. The only headscarf-wearing character from upper financial class also plays someone who leeches off of her husband’s wealth and is an uneducated woman who does not believe in medicine. There is another young headscarf-wearing character in the series whom plays the daughter of an Imam in Meryem’s village. She is the only headscaved character depicted as educated but surprisingly at the end of the series, she takes off her headscarf, the action undoubtedly depicted as a freedom act not to mention that she is a lesbian.

The reason why so many conservative people embraced a series that just repeats the old narrative that headscarved woman are ignorant is that seculars of Turkey still holds the cultural and financial superiority in Turkey, said Assistant Professor of sociology Oguzhan Bilgin on his column where he criticized the series. Turkey has been ruled by a conservative party which big chunk of western media label as an Islamist for nearly two decades. But religious circles of Turkey has yet to appear among Turkey’s cultural elites. When modern Turkey was established out of the ashes of Ottoman Empire, financial and cultural elite have been created out of secular circles and they have had a hard grasp on their given privilege. And the new Netflix series has just proven that even a two-decade-long strong conservative party ruling and a decisive leader like president Erdogan whom have tirelessly tried to eliminate the superiority of seculars against all the odds and provide equal opportunities to conservatives in every aspect of life have not yet succeeded that mission. And it may take a long time for Turkish seculars to pave way for conservatives in their privileged world.

Tunisia confirms the procurement of Turkish Anka-S drones
Erdogan: Turkish vaccine will be distributed to mankind free of charge.