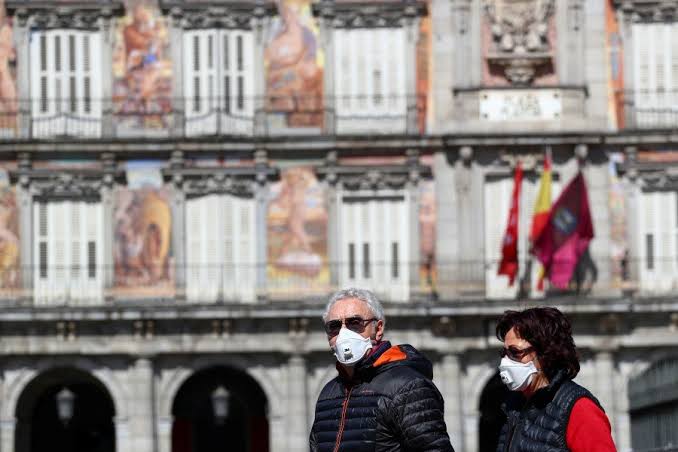 European countries have reportedly been stocking up medical equipment as fears of second Covid-19 wave has become real possibility than anticipation. Several European countries like Spain, France Belgium and other have announced new measures to contain Covid-19 outbreak in several so-called hot spots.

European countries have eased Coronavirus restrictions right before the summer season and declared the worst-hit countries safe to prevent a economic catastrophe for those heavily rely on tourism revenue. While Turkey whose coronavirus success has been hailed even by most staunch anti-Turkey western media was kept a “risky country”, Germany and other nations urged its citizens to have vacations in countries like Spain and Italy. This hypocrisy seems like it will cause Europe a second Covid-19 wave.

The Baltic country Sweden has announced that it will require 10 days quarantine for those arriving from Spain as the news of quick jump in infections in Spain. French government also urged its citizens from refraining to travel Catalonia region where Covid-19 cases increased three fold during recent days. Belgium has announced the most radical measures among European countries and banned its citizens from traveling to Huesca, Lleida ve Aragon regions of Spain and also released travel warning for other regions where new cases have been increasing in hundreds. Returning Belgians from those regions will also been placed under quarantine. Italy has also said that those arriving from Romania and Bulgaria will be put under quarantine due to increase in Coronavirus infections in those countries. European countries, however, refrain from placing radical measures that would cripple the economies.

Daily Covid-19 infections have slipped into thousands in France during the past few days. France, as the largest tourist attracting country, has made wearing face mask mandatory outside in 13 hot spots where infection rate has been jumping in worrisome numbers. When Spain had announced full lock down back in March 13, Madrid recorded around 800 daily case. Today, Spain registers more than 1300 daily coronavirus cases.

All those informations and numbers prove that European and especially German attitude towards Ankara by keeping Turkey in risky country list is nothing but hypocrisy. Turkey might be suffering financially since it does not get European tourists but the hypocrisy of Europe might be saving Turks from a possible second Covid-19 wave.

US conservatives face bitter regret
Cartoons of the Week