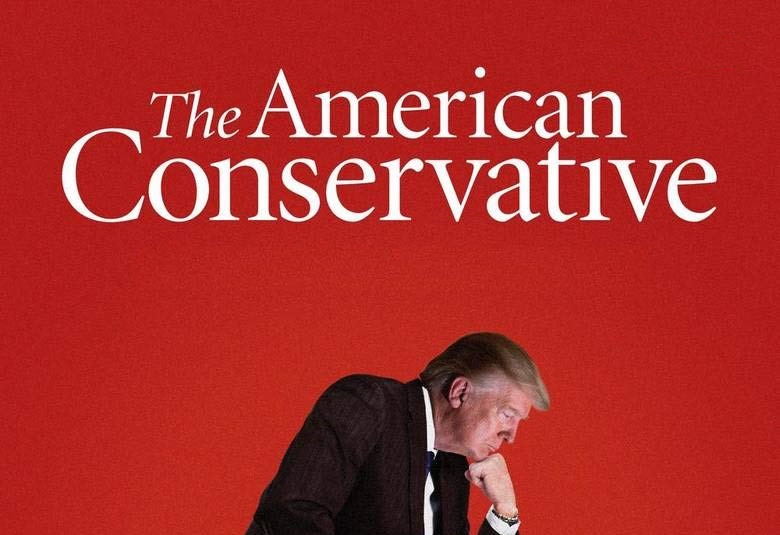 According to the gospel of conservatism, Bill Buckley’s National Review, the Donald Trump presidency is facing a true crisis: The president seems to have gotten bored.

In the words of one of the magazine’s senior writers: “After nearly 150,000 deaths, the closure of the economy, the certainty of more closures and interruptions to come, after the lockdowns drove the population of his country into moral panics, madness, and, in some places, open rebellion, after the historic spike in violent crime … and the slow-motion destruction of his presidency, Donald Trump is still just plain bored of coronavirus.”

No. It is not that Donald Trump got bored. It is that certain conservatives got bored of Trump.

George Will, who broke his ties with the Republicans in 2016 with the spectacular announcement that the U.S. would be better off if Trump lost the elections by a landslide, now says the Republicans should lay back and rest for at least four years. Will also said 2016 would be the last year of elections held in the U.S., but that is a topic for another discussion.

Will did not like what he heard about team Trump’s collusion with Russia and thought a U.S. president in the pocket of Russians would not serve the country, but Russian President Vladimir Putin. None of those fears have materialized into reality. The investigation, which started across the street as Trump was taking the oath of office on the steps of the Congress building, wasted not just the taxpayer’s money, but the administration’s time and energy – and didn’t prove one single collusive act.

It made the Democrats so furious that they are now coming with a vengeance. If Will’s advice to the GOP to take a “time-out” from the presidency and conservative columnist Jonah Goldberg’s tacit approval is accepted by the conservatives, it will bestow upon them a spectacular state of regret for the next four years.

This is because the Democrats are not the nice gentlemen on the other side of the aisle anymore: They are the protestors and the organizers behind the Black Lives Matter riots. This time, the Democrats will defund anything that the U.S. had been funding since its inception.

Goldberg’s departure from the National Review, his declared disdain for conservative political commentators Sean Hannity and Sebastian Gorka, his “accosting Libertarianism” and even his flirting with the left are not going to endear him to the Democrats. This time, the liberal front is not liberal at all. They are not going to stop until they see, in the words of poet T. S. Eliot: “Daffodil bulbs instead of balls stared from the sockets of the eyes.” This time they are after “the skull beneath the skin” and are going to punish all conservatives with exacted injuries.

If they think former vice president and presidential candidate Joe Biden, is the lesser evil, they should think again.

It was not then-President Barack Obama but Biden who on Jan. 5, 2017, at the White House, suggested not to hand over power to the Trump team peacefully because he was a tool of a foreign government. Advisers in the room with him were looking for a rathole in which to hide.

If they think that Biden has spent all the time since in his basement contemplating ways to improve America’s public schools, they will be hitting their heads against the wall for the next four, perhaps eight years.

Years ago, I attended a political science class in which someone began to suggest a hypothetical situation: “Let’s assume that the U.S. Army makes a coup…”. Our professor interrupted the academician curtly: “Let’s assume assumable things.” The doctoral candidate insisted, saying, “For the sake of argument…”. But he was interrupted again: “It is not a viable argument to start a discussion.” As the survivor of three military coups, I asked him why he was not even allowing the discussion of a theoretical coup, and the professor simply said: “This is America. Power has been transferred peacefully since 1776.”

Who would have thought that we would actually have a record of a White House meeting in which a vice president proposed the pretext for a coup? Please read Susan Rice’s Inauguration Day self-email about that meeting to understand four years of the campaign of leaks, lies and obstruction. That was even before the Trump years. After all that has happened during Trump’s term, Biden and the Democrats will make political scientist Samual Huntington turn over in his grave.