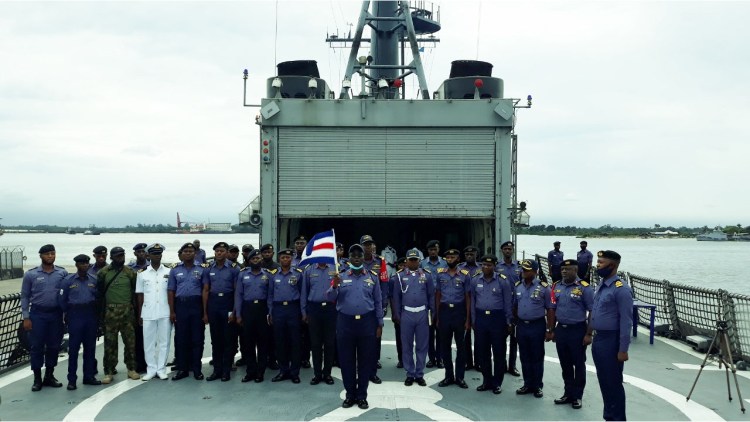 The Nigerian Navy has signed a contract with a Turkish company, Messrs Dearsan Shipyard Limited for the purchase of two brand new Offshore Patrol Vessels (OPVs) expected to be completed within 37 months.

A statement by the director of information, Naval Headquarters in Abuja, Commodore Suleman Dahun, quoted the Chief of the Naval Staff, Vice Admiral Awwal Gambo, as saying that the contract signing was another milestone achievement by the Nigerian Navy in her fleet renewal effort towards realising her 2021-2030 Strategic Plan.

He thanked the President and Commander-in-Chief of the Armed Forces, President Muhammadu Buhari, for his continued support and goodwill towards the Nigerian Navy.

Vice Admiral Gambo speaking at the ceremony said the Nigerian Navy has in the last couple of months brought to bear her dominant status in the region by sustaining an aggressive presence in the nation’s maritime environment, leading to drastic reduction in acts of criminality in the domain.

He said the President granted approval for the NN to procure two High Endurance Offshore Patrol Vessels with the capability to carry out maritime interdiction operations, surveillance and special forces operations as well as provide naval fire support to land forces.

“The OPVs will also be capable of conducting search and rescue operations, anti-piracy, anti-smuggling and anti-drug trafficking operations and disaster relief operations among others,” he said.

The CNS further revealed that the Dearsan Shipyard Limited was selected based on its track record and the conviction that the shipyard would be able to construct a platform that could be deployed as an OPV in peacetime, while having the capability and flexibility to be quickly outfitted with sensors and weapons to re-role the platform for warfare and maritime defence purposes, at a cost effective price.

Can a Muslim be an evolutionist?
Turkey-friendly Eric Adams elected mayor of New York City