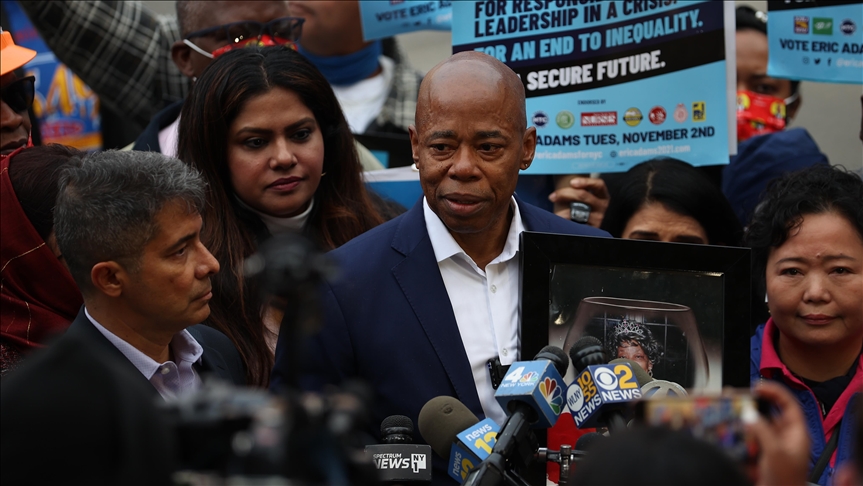 Succeeding Bill de Blasio, Adams will be the second Black mayor in the history of the country’s most populous city. The city’s first Black mayor, David Dinkins, passed away in November last year. He served in the early 1990s.

Adams’ victory was called by the Associated Press 10 minutes after the polls closed at 9 p.m. Eastern time, The New York Times reported.

“Tonight, we celebrate — because tomorrow, the real work begins!” Adams wrote on Twitter.

“It’s official — our five-borough, knock-every-door, reach-every-voter campaign was successful: We have won the race for Mayor of New York City! This is my dream come true, and I couldn’t be more proud to represent the City that we all love as your Mayor-elect,” Adams said in a subsequent tweet.

De Blasio congratulated his successor on Twitter, saying Adams “will be an outstanding mayor.”

“A graduate of our public schools. A decorated NYPD veteran. A brave voice for justice in our streets. A bold public servant with Brooklyn spirit and style. @EricAdamsForNYC embodies the greatness of our city. He will be an outstanding mayor. Congratulations, my friend!” he added.

Adams had also won the Democratic primary for mayor in July. The 61-year-old will take office on Jan. 1.

Adams served at the New York City Police Department for 22 years, four terms as New York State senator and as the first African-American Borough president of Brooklyn for seven years.