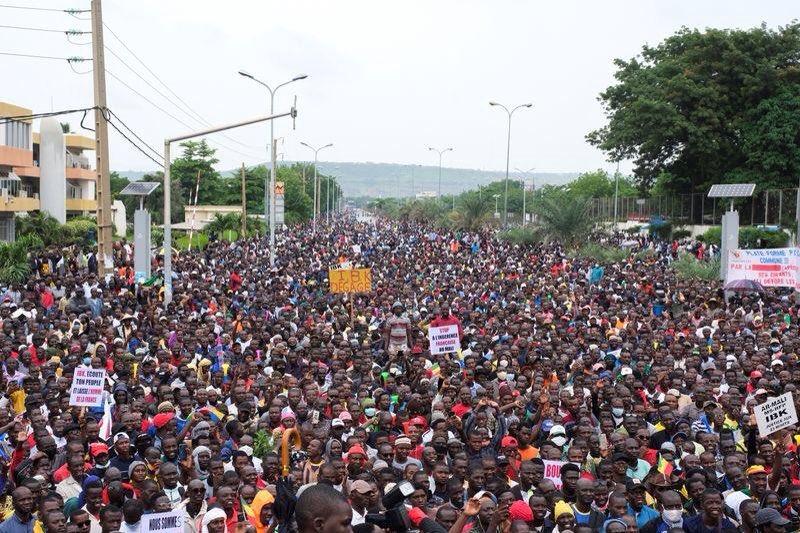 With each passing day, the colonial baggage of France is witnessing setbacks across the globe, particularly in African continent whose resources it exploited for centuries together.

With a new awakening in at least two African countries, people are out on streets seeking ouster of pro-France rulers.

In western Africa, Mali, a Muslim-majority country, people are up in arms against President Ibrahim Boubacar Keita demanding end to French interference in the domestic affairs of the country.

“France was importing Uranium from Niger which has off late dried up; now, the country wants to get the Uranium from Mali but people are against it [because of the colonial past],” he said referring to France’s rule over the continent which reminds people of harsh memories.

Mali has nearly 20 million population and 96% are Muslims and the official language is French.

“The foundation of the state is secular state despite it being Muslim and it is because of colonial past of France,” Efe explained.

He said the country has one of the oldest Islamic educational centers and libraries in Timbuktu.

Mali’s attractions also include Great Mosque Of Djenne besides other sacred sites.

In lawt March, the government held the parliamentary poll despite the fear of attacks and the threat of the coronavirus pandemic.

Meanwhile, the lead-up to the vote, which was won by Keita’s party, was marred by allegations.

“People are not only against the president but also are against the [French] interference in Mali,” said Efe. “People don’t want to be part of exploitation.”

The people of Mali have even accused its rulers being “governors of France” during the anti-government protests.

He said anger of people against French intervention has magnified by the inability of Keita to manage the economy, affected by the COVID-19 pandemic.

“There is call for resignation of the government but the issue is that it will aggravate the security concerns,” he added referring to
French Operation Serval that targeted Islamic militants from the north of Mali, who had begun a push into the center of Mali.

The current demonstrations are said to be biggest in years.

“There is fighting by groups in central Mali; the security situation will deepen by the day,” he said.

“Besides, there were demonstrations last year against ethnic massacre allegedly committed by some government forces,” he said.

“People were pushed to rebel and it led to resignation by prime minister last year.”

The protests against Frenah interference spread to Ivory Coast.

The protests turned violent and four people were killed allegedly by government forces during protests against President Alassane Ouattara’s decision to run for third term, but people say it is against the constitution.

A country of ore than 25 million population, most of its people in Ivory Coast follow Islam.

The resentment against French interference is growing and in latest joint measures against Paris, at least 8 African countries have moved ahead to withdraw their currency reserves from the French central bank.

Despite having achieved independence years ago, the African countries continue to vest their foreign exchange reserves with the French central bank.

However, the countries have now moved to shift their reserves to Senegal – of course, a huge dent to French’s colonial hegemony.

Cartoons of the Week
Whither the Arab and the Muslim world?