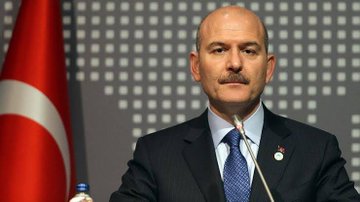 The terrorist Kurdistan Workers Party, otherwise known as PKK, has been on the brink of a total annihilation as the terror group has less than 300 fighters left inside Turkey according to Turkish Interior Minister Suleyman Soylu.

Soylu spoke to Turkish daily Turkiye after his one-day trip to eastern province of Kars, mayor of which has been removed by Interior Ministry for its ties to terrorist PKK. Turkish government has been chastised by the west for removing several elected mayors of pro-PKK party HDP. The government firmly states that the removals are caused by open-secret connections between the terrorist PKK and HDP-run municipalities. “Instructions comes from the mountain,” said Soylu during his interview with Turkiye referring the the Qandil Mountain where terrorist PKK headquarters have been located inside Iraq. “Even employment lists are sent by PKK to the HDP mayors,” Soylu continued. Soylu also stated that being elected does not pit anyone above and beyond laws.

As the HDP mayors have been removed, terrorist PKK has been having hard time to provide much-needed life lines for itself. Turkish army has also been carrying out decisive operation against the marksist terror group which dealt a huge blow to PKK’s existence. Interior minister had announced that the terror group has around 400 fighters left. Soylu downgraded that number after his trip to eastern Turkey. “PKK has now less than 300 fighters left inside Turkey,” Soylu said.

Turkish army has also been carrying out successful air strikes against prominent members of the terror group inside Iraq. PKK has lost some senior members in Turkish drone attacks recently. Iraqi Kurdish federation has also agreed with the Baghdad-based central government recently on expelling terrorist PKK from the Iraqi city of Sinjar. Local Kurdish government has traditionally has strained relations with Baghdad but experts say Turkey’s successful decisive operations on PKK encouraged the Iraqi sides to get together on such important deal. The Iraqi agreement means PKK will now face pressure also in Iraq leaving Syria as the only option to operate in the region. The Turkish army has also rescued Syrian city Afrin from the terror group in 2018.

Tripartite dialogue over Kashmir : Only Way out
French Police Treat Muslims Like Nazis