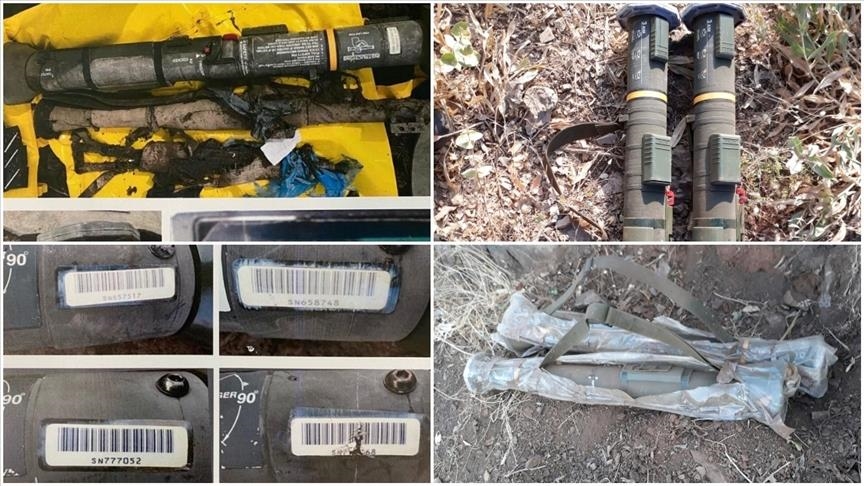 The PKK terror group uses AT4 rockets, produced by Sweden that has applied for NATO membership, in attacks on the Turkish army, Anadolu Agency has learned.

According to security sources, the rockets have been extensively used by the PKK in its numerous attacks on Turkish forces, both within and beyond the country’s borders.

Turkish forces recently seized AT4 missiles from a PKK hideout in northern Iraq.

Similarly, as many as 17 AT4 missiles were found by security forces in 2020 and 2021 in seven separate incidents from various locations in Turkiye’s southeastern Hakkari province.

In southeastern Sirnak province, five AT4 missiles were found by security forces on four different occasions between 2019 and 2021.

Meanwhile, in different areas of northern Iraq, including Hakurk, and Avasin-Basyan, 13 AT4 weapons were discovered between 2018 and 2021 in four different incidents.

The weapon system, which has a wide product family, is one of the most common light anti-tank weapons in the world. The effective range of this man-portable, single-shot weapon is 200-1,000 meters (660-3300 feet).

It was designed to destroy or disable armored vehicles and fortifications.

Turkiye, a longstanding NATO member, has voiced objections to Finland and Sweden’s membership bids, criticizing the countries for tolerating and even supporting terror groups, including the PKK/YPG.

Over the last five years, both Helsinki and Stockholm have failed to agree to Ankara’s requests for the extradition of dozens of terrorists, including members of the PKK and FETO, the group behind the 2016 defeated coup in Turkiye.

Senior representatives of Finland and Sweden are set to visit Ankara in the coming days to discuss their accession processes.

In its more than 35-year terror campaign against Turkiye, the PKK – listed as a terrorist organization by Turkiye, the US, and EU – has been responsible for the deaths of at least 40,000 people, including women, children, and infants. The YPG is PKK’s Syrian offshoot.