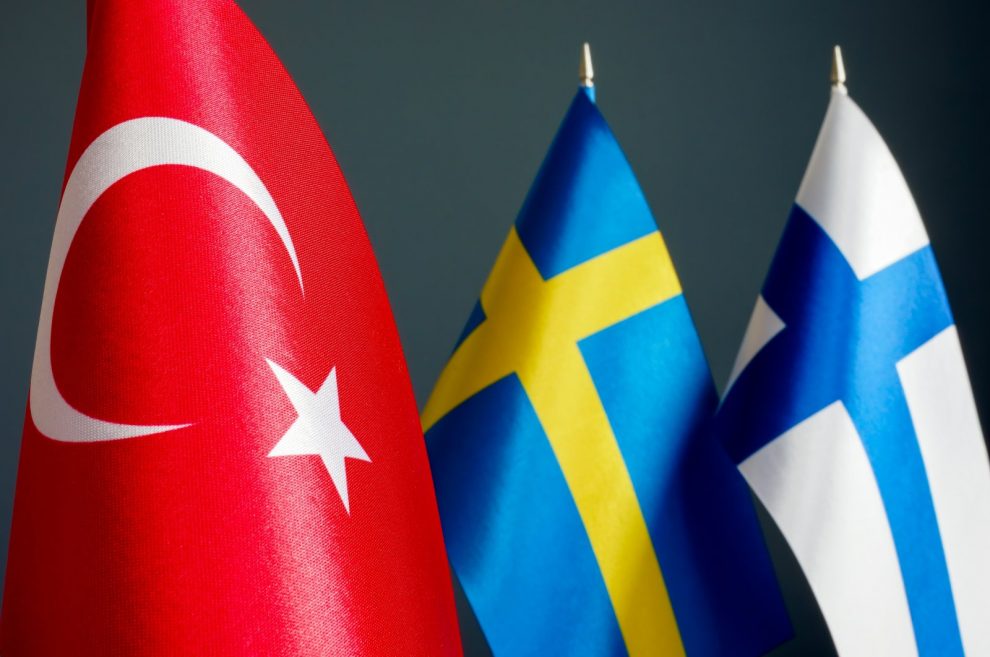 Turkey joined NATO in 1952 in order to be a part of the Western bloc and protect itself against the Soviet threat. It has taken great responsibilities for the alliance since the day it entered. In addition, as a neighbor of the Soviet Union, it would be the first target to be hit in a possible war. What is more, since American nuclear missiles were deployed in Turkey, the risk the country took was greater than other allies.

It is difficult to measure whether joining NATO deterred the Soviet Union, but we all remember that when a Turkish jet shot down a Russian plane in 2015, certain NATO members blamed Turkey and said they would not sacrifice themselves for the country. We also know that they indirectly defended terrorist organizations under the guise of promoting human rights. To this end, arms embargos were repeatedly put in place and doors were opened to all fugitives with links to terrorist groups. Even today, when a terror member or sympathizer applies for political asylum, they are immediately accepted by the majority of NATO members.

Deeply feeling the Russian threat nowadays, Sweden and Finland have applied for NATO membership. Other members, who are hesitant about Ukraine’s bid to join the alliance, are in a race to approve the membership of the two countries at jet speed. Yet, Turkey does not favor their membership due to Finland’s partial support of the PKK and the Gülenist Terror Group (FETÖ), and Sweden’s apparent backing of the two groups. The Swedish government has made many unpleasant attempts, from hosting the representatives of the PKK’s Syrian offshoot, the YPG, in Stockholm to remitting hundreds of millions of dollars in aid and pressing the European Union to impose an arms embargo on Turkey.

The rift between Turkey and the two Nordic countries stems from the fact that despite Turkey repeatedly saying that its target is not the Kurds but the PKK/YPG, particularly Sweden tuned this out and continued to give fiscal and political support to the terrorist entity. Besides, not only the PKK/YPG, but also members of the Gülenist Terror Group (FETÖ) are confidently carrying out anti-Turkey activities on Swedish soil. For example, many of FETÖ’s illegal media organs, including those disclosing classified documents of the Turkish military, are based in Sweden. Despite using Sweden as a hub for anti-Turkey campaigns, FETÖ members were awarded by Swedish officials.

If Sweden and Finland become members, their troops will rehearse with Turkish soldiers in military drills and may later go hang out with YPG militants and take pictures together. We know that American soldiers did this a lot, and Swedish and Finnish soldiers may behave similarly.

Therefore, the best solution is to put the NATO membership of the two countries (or just Sweden) on hold until they change their attitudes toward terrorist organizations. Because an ally siding with your enemy is logically your enemy. They cannot conceal their support for terrorist groups under pretexts such as human rights. If the issue is humanitarian, Sweden should explain why it did not help the Syrians in Idlib while giving $400 million to the YPG side. Due to this behavior, we have the right to think that the aid was allocated for malicious political purposes.

On the other hand, the Turkish junta of the 1980 coup accepted Greece into NATO without any concessions. Greece also became an EU member a year later and has been using NATO and EU membership against Turkey ever since. The same Greece also vetoed Macedonia’s membership in NATO until it changed its name. This means that every member can use the power of the organization they belong to for their own benefit.

A necessity for security

In this regard, Turkey’s attempt to cut off the two Scandinavian states’ links to terrorism is not wrong and even a necessity. An opportunity like this doesn’t always come. In addition, the purpose of the alliance is to ensure common security. Sweden and Finland hint that they won’t sacrifice themselves for Turkey during a war. In fact, the arms embargos imposed on Turkey confirm this claim. The Turkish defense industry suffered from the arms embargoes of its allies for a long time. Actually, embargos forced Turkish producers to produce indigenous weapons but they also indicated that Turkey should not rely on its allies. Though they are not crucial arms suppliers to Turkey, if Sweden and Finland become NATO members, their attitude will hardly be different. Perhaps, related to this case or independent from it, Turkish diplomats should insist on a clause that prevents NATO members from placing arms embargos on each other.

Overall, as Turkey already feels betrayed by the U.S., which backs the YPG in Syria, it does not want two more allies that will help its enemies. The two Scandinavians should choose between Turkey’s friendship and Russia’s enmity. If they want to be a NATO member, the next is step quite clear.

PKK uses Swedish-made AT4 rockets in attacks on Turkish army: Sources
“Sweden will not be able to join NATO unless Türkiye’s concerns are addressed”