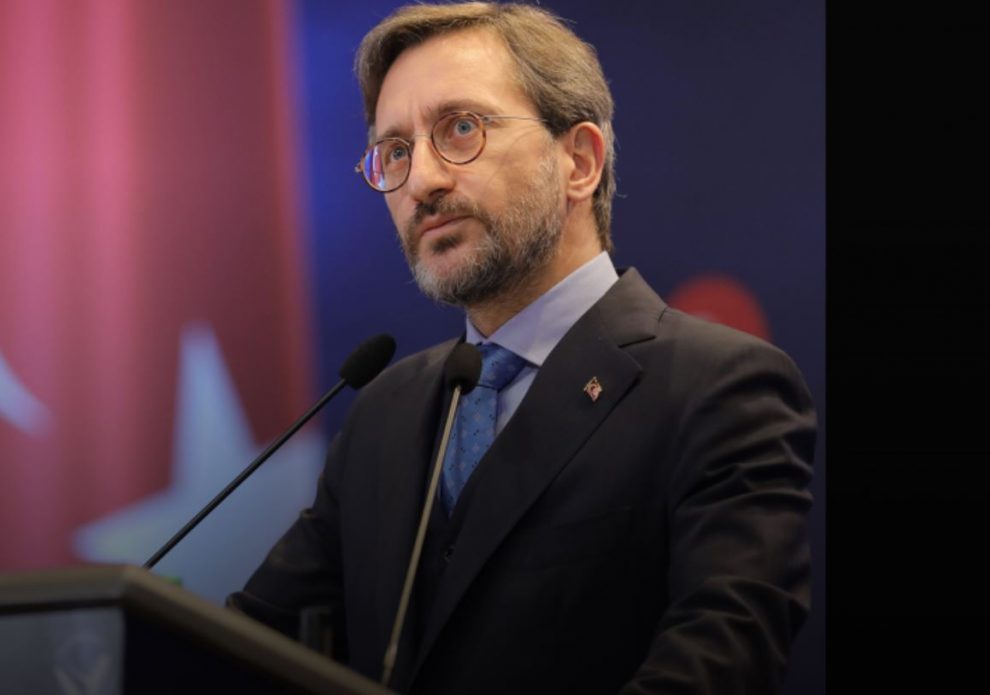 Director of Communications Altun: “It is inconceivable to have a positive attitude toward NATO membership for countries who have not taken a firm enough stance against terrorist organisations.”

Presidency’s Director of Communications Fahrettin Altun weighed in on Sweden’s NATO membership in an article he penned for the Swedish newspaper Expressen: “Sweden will not be able to join NATO unless Türkiye’s legitimate concerns are addressed. You must accept this fact if you expect the second-largest army in NATO to defend you in the event of an attack.”

Underlining that Türkiye has one of the most powerful armies in the world and considers the Alliance to be the insurance of peace and stability, Director of Communications Altun stated that for this reason, it traditionally supported NATO’s “open-door policy.”

Fahrettin Altun said that, both in the expansion process that started right after the Cold War and afterwards, Türkiye gave its full support to countries that wished to join NATO and that, while maintaining an “open-door policy,” it was careful in order to ensure that NATO’s institutional identity and internal harmony were unharmed.

“Concerns must be addressed…”

Citing how every international organisation has minimum requirements and standards for membership, Director of Communications Altun pointed out that it is a legitimate expectation for the organisation and its existing members for countries seeking to join NATO, which was founded as a collective security organisation, to show sensitivity to the safety concerns of every member of that organisation.

Director of Communications Altun noted that it is an inevitable requisite for the candidate country to coordinate with current members on a subject that has seriously threatened the international system and the national security of states in recent years, specifically terrorism and counter-terrorism, and added:

“Following the criticism that NATO has failed to offer adequate cooperation and coordination in the fight against terrorism over the past 20 years, it is inconceivable to have a positive attitude toward NATO membership for countries who have not taken a firm enough stance against terrorist organisations. The indifference of one of the members of an organisation that proclaims, ‘All for one, one for all,’ to the safety of others poses a clear risk to the organisation’s identity. This, in and of itself, poses a threat to NATO’s future. As a consequence, Türkiye’s recent stance on NATO’s expansion is related to the organisation’s future in principle and Türkiye’s concerns in terms of security.”

Presidency’s Director of Communications Altun mentioned the Güvenpark attack on March 13, 2016, carried out by the PKK terrorist organisation and added:

“Since its formation in 1984, this organisation, which still exists in locations such as Syria and Iraq, has targeted not only the Turkish security forces but also thousands of our citizens, including teachers, doctors, and even children. On March 13, 2016, at Kızılay, Ankara, the terrorist organisation carried out one of its bloodiest attacks, resulting in the deaths of 35 people. In the subsequent years, Swedish-made AT4 anti-tank weaponry was confiscated in operations against the organisation, while PKK members maintained their recruiting, terrorist financing, and propaganda activities in Sweden, causing our nation to question this potential NATO member’s reliability as an ally.

Unfortunately, members of the terrorist organisation recently propagated and waved their so-called ‘flags’ in Stockholm, which further deepened this mistrust. This is in direct conflict with the international norms which are being attempted to be created around the promotion and financing of terrorism and the acquisition of human resources. It is evident that the Swedish authorities do not apply the same standards to all terrorist organisations. Indeed, it is well known that the Swedish authorities will not show such leniency to members of the terrorist organisation DAESH, which is legally equivalent to the PKK. The double standards they apply in this regard is a problem that countries that are targets of terrorism and terrorists have been striving to eliminate for years. Sweden’s efforts to be a part of NATO without changing its stance on this matter are unacceptable not only for Türkiye but also for other countries that have been the target of terrorism.”

“Türkiye’s legitimate concerns must be addressed”

Director of Communications Altun emphasised that, in the eyes of Türkiye, it is the Alliance’s “sine qua non” to fight with these individuals, who portray themselves as political refugees in Swedish society but have been involved in numerous crimes in Türkiye and destroyed the lives of innocent people and added, “I am confident that the Swedish people would have felt the same way we do now if a terrorist organisation had carried out a suicide attack in Stortorget, killing scores of people, and the Turkish government backed this organisation. We are relieved that Sweden does not face such a terrorist threat.”

In his article, Director of Communications Altun stated, “However, I would like to make it clear that Sweden will not be able to join NATO unless Türkiye’s legitimate concerns are addressed. You must acknowledge this fact if you expect NATO’s second-largest army to defend you in the case of an attack.”

Turkey against Sweden and Finland or vice versa?
Türkiye’s operation in Iraq benefits both countries