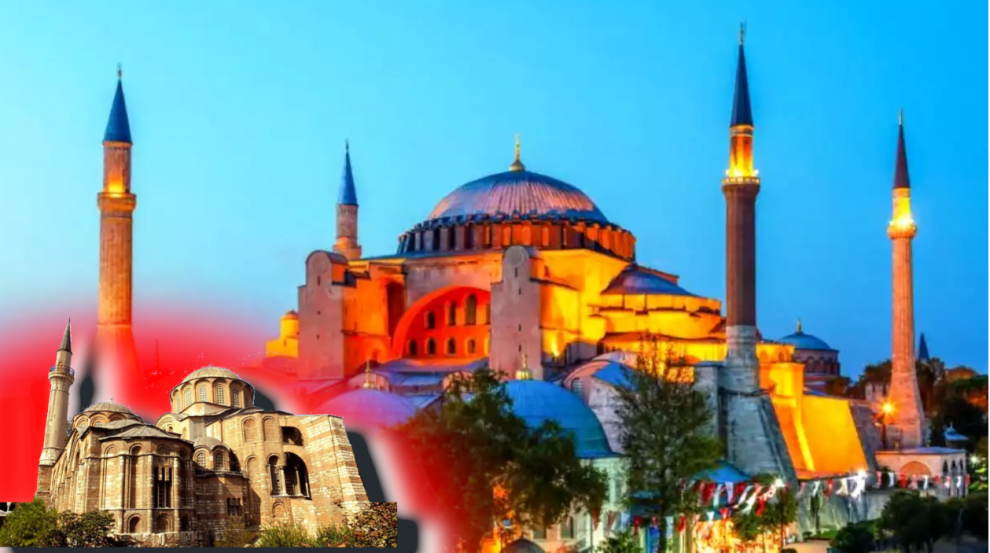 Turkish government’s positive respond to public demand on reinstating historic Hagia Sophia’s status as a mosque started a hot debate in Turkey about who has the authority to make a such decision. However, this would not be the first time a museum being converted into a worship place in Turkey. Prior implementations clearly stipulates a few legal paths for how to convert Hagia Sophia’s status.

Just 7 kilometers to the west from Hagia Sophia, there is a fourteen hundred years old worship place named Kariye mosque. It was originally built by the Byzantine emperor Justinian I and named Khora meaning rural for being outside of Istanbul’s walls. Kariye’s property was purchased from Greek Orthodox church as it was the custom in Ottoman empire and converted into a mosque in 1511. 434 years later, during the early years of modern Turkish republic, it was turned into a museum by a cabinet decision just as Hagia Sophia was. Last year, Turkey’s Council of State debated the matter and made a decision that the structure could not be used outside of its main purpose which was serving as a mosque. The government then reinstated Kariya its mosque status last year but it has not been officially open for Muslim prayers. The State of Council’s decision apparently has set a legal precedent for Hagia Sophia as well. Both Hagia Sophia and Kariya being converted into mosques during 1940s by cabinet decisions also paved the way for cabinets to make such decisions but that has not been the procedure Turkish governments preferred to follow when reversing status back.

Another church also named Hagia Sophia in the eastern Black sea city of Trabzon was converted into a mosque by Ottoman Sultan Mehmet II after he conquered the city in 1461. It served as a mosque until 1964 then it was turned into a museum. Turkey’s Directorate General Foundation filed a lawsuit based on the fact that the building and the surrounding property belonged to Fatih Sultan Mehmet Foundation. The case was concluded in 2012 and Hagia Sophia was returned to the Directorate General Foundation. It was then given its mosque status back and opened for Muslim prayers in 2013.

Both Kariye and Hagia Sophia of Trabzon cases stipulate a couple of legal paths into how a museum could be converted back to a mosque as Turkish public have been pondering about what steps government could and should take if it really aims to reinstate Hagia Sophia as a mosque.

Turkish government has been fiercely accused by the opposition for using Hagia Sophia matter as a political tool. Foreign Minister Mevlut Cavusoglu on Wednesday said it was not a political matter but a sovereignty issue for Turkey.