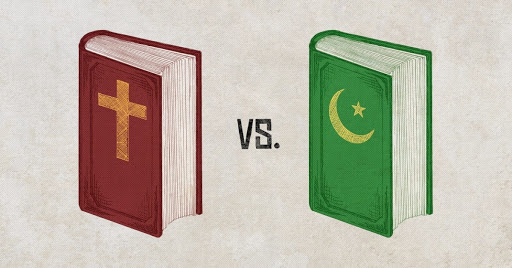 The views of the West and Islam on religion completely contrast each other. Prometheus is the God who reflects the religious view of the West while the same is Prophet Idris in Islam.

According to Ancient Greek mythology, Gods lived in Mount Olympus and were the only possessors of fire. On the other hand, people who dwelt on earth below the mountain were subject to the dark of the night and severe cold. Among the Gods, there was Prometheus, who was compassionate about humans, unlike other Gods. Therefore, he stole the fire from Gods and presented it to humans. However, due to this favour, he was chained to the Caucasian mountains by Zeus and commissioned an eagle to eat his liver. Later on, Heracles, one of the offspring of Zeus, delivered him from the torture. Quoting some websites, Prometheus said “My torture will not subside as long as Zeus sits on the throne” and, thus, showed the way to freedom for the humanity.

According to another website, since that day, Prometheus has been representing those who suffer and bear any torture for humanity while Zeus represents tyranny, injustice, arbitrariness and oppression.[1]

In sum, this myth suggests that Gods are unmerciful and also enemy to those who help humans. Anyone who desires to obtain an ore like fire should wage war on the Gods.

This concept is quite in conformance with the Western history and Christianism because Christianism has been an enemy of science and technology since Copernicus just as the case with the Greek Gods. Bruno, a man of science, was burned at the stake while Galileo, another scientist, was forced to reverse his opinion due to the threats from the church. Like Prometheus, Western scientists were able to establish the civilization as we know today thanks to their fight against Christianism. Therefore, the Western view of religion has never been positive.

So, is this the case in Islam?

Many people likened Islam to Christianism, either out of ignorance or deliberately, and claimed that Islam too was an enemy of science and technology and, therefore, of the interests of humanity, like Christianity. However, the case is completely different.

In contrast to the Greek mythology, the only God in Islam is Allah who is compassionate towards humans. What is more, he does not only mercy the faithful but also the non-believers. He is who rendered the sun a lamp on us and offered the light of day to our use with the moon as an illuminator at night. He laid the earth before both His worshippers and heretics. Among His names, the Compassionate (Rahman) refers to general mercy and defines Him as the One who shows mercy and offers food to everyone without exclusion. On the other hand, another of His name, the Gracious (Rahim) interprets His particular mercy only for the faithful. With the mentioned of “Bismillahirrahmannirrahim” in the beginning of each and every chapter of the Qur’an, this general and particular mercy is reminded to humans.

When assigning prophets, Gods did not choose them among other humans only to herald prayer and ethereal life. On the contrary, the prophets also preached about the worldly interests and served as an example for worldly affairs. For example, the prophet who taught how to write and sew a garment to humans for the first time was Prophet Idris. Did Allah punish him for this? On the contrary, He rewarded him. As Cevdet Pasa says, “Allah disclosed the secret of the heavens to him and placed him in His heaven while still alive”.

When we think of other prophets, we see many similar qualities. The first person to teach hours and build pyramids was Joseph. It is said that Joseph built pyramids so as to harbour his crops. During the Ottoman era, pyramids were called the Barn of Joseph. [2]

Similarly, David taught the art of making armours while Noah showed the art of shipbuilding. Therefore, in Islam, each branch of arts acknowledged a prophet as their sage.

In this regard, Bediuzzaman says:

“The Owner of the Qur’an sent the prophets to groups of humans as a vanguard and a leader for spiritual development. Similarly, for the same purpose, he bestowed certain miracles on prophets and assigned them as a supervisor and master to serve humans. He decrees that we should absolutely follow them.”

That is, while speaking of prophets, the Qur’an suggests that we should take example of the prophets as regards to our faith, prayers and morals and should endeavour to be like them. For example, the Qur’an mentions to Jesus Christ and narrates that he, using the Bible, rescued people from spiritual diseases with his breath and recovered patients with his touch. This offers that we should treat the physical and spiritual diseases of people like Jesus Christ.

Bediuzzaman further says: “Upon making a mention of the prophets, the Qur’an encourages us to benefit from them and, referring to their miracles, guides us to attempt to be their parallel and follow their examples. It may even be claimed that He offered physical merits as well as the spiritual ones to the use of the humans through a miracle.

Therefore, the One who presents the art of shipbuilding through Noah and the art of hours through Joseph is the Maker of Miracles. This is a true sign of the verity: all the members of a profession acknowledge a prophet as their master. For example, shipbuilders take the example of Noah while watchmakers refer to Joseph and tailors to Idris.

In the second section of the 20th Word in his Words, Bediuzzaman also refers in detail to the signs of the 10th Miracle as regards to technology.

All in all, the views of the West and Islam as regards to religion are completely different.

To the West, God is relentless and an enemy of the people. If humans desire to ensure their interests, they should wage war against the God.

In Islam, Allah (the God) is Merciful and Gracious. He loves and shows mercy to His creation. He sent prophets to them so as to help them ensure worldly and ethereal peace. In this case, people should follow prophets in both worldly and spiritual affairs.

Mr. İdris Tüzün is a scholar of theology