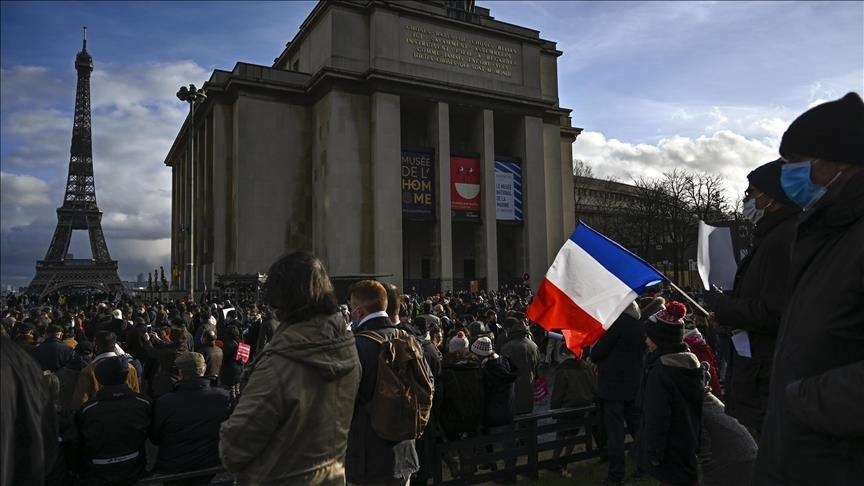 Demonstrators assembled in major cities and towns like Paris, Toulouse, Lyon, Lille, Renne, holding posters that said, “stop impunity” and chanted “No justice, no peace” to mark the international week against law enforcement violence and racism. They demanded the immediate suspension of those implicated in violence or homicide, committed or made racist remarks or acts.

They also demanded a repeal of the controversial Global Security bill giving additional powers to police and gendarmes forces for mass surveillance and the bill consolidating respect for the principles of the Republic indiscriminately targeting the French-Muslim population.

The Senate, upper house of the French Parliament, on Thursday unanimously adopted the bill, with a new text of Article 24 — earlier slammed for restricting public circulation of images of police violence.

The bill provides a new framework for the use of drones for police surveillance purposes and authorizes off-duty officers to carry weapons in public.

The security bill has been widely criticized domestically and internationally for limiting public freedom and violating privacy laws, since it was adopted by the National Assembly, the lower house, last November.