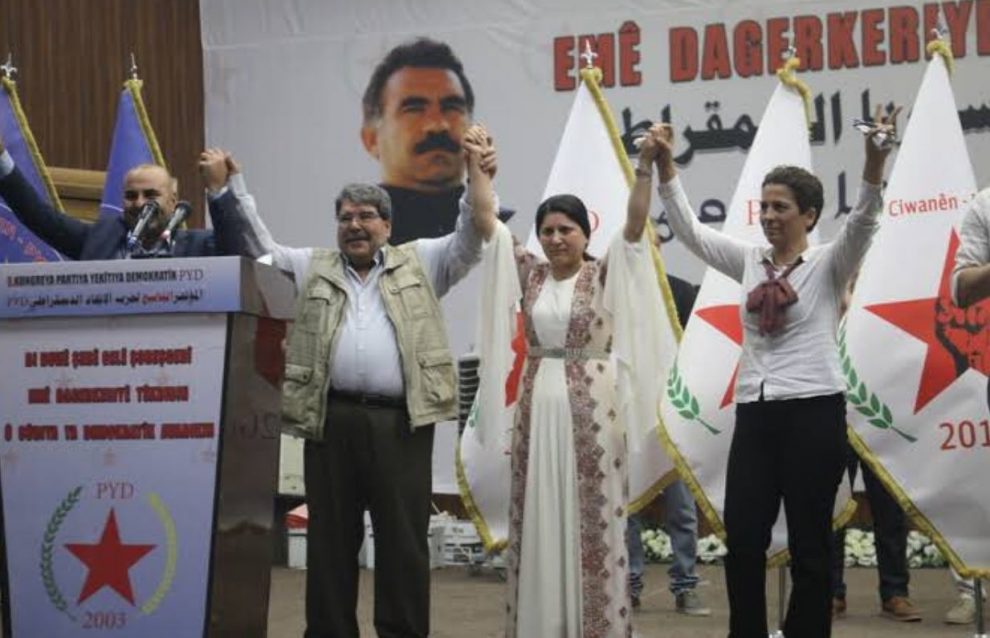 YPG’s political branch PYD has re-elected Saleh Muslim and Asya Abdullah as co-chairs. Both co-chairs took photos in front of Abdulllah Öcalan, the founder of the terrorist group PKK.

Meanwhile, while co-chairs were celebrating their re-election, a funeral ceremony was being conducted in the same area in Syria for Hussein Shibli, who was killed by Turkish drones in Northern Iraq. Shibli was a PKK commander and a member of high committee of SDF, the re-named YPG.

Although PKK’s Syria offshoots do not deny that they are affiliated with the terror group, Western countries prefer to remain deaf and blind against this fact. Türkiye continuously protests this hypocrisy.