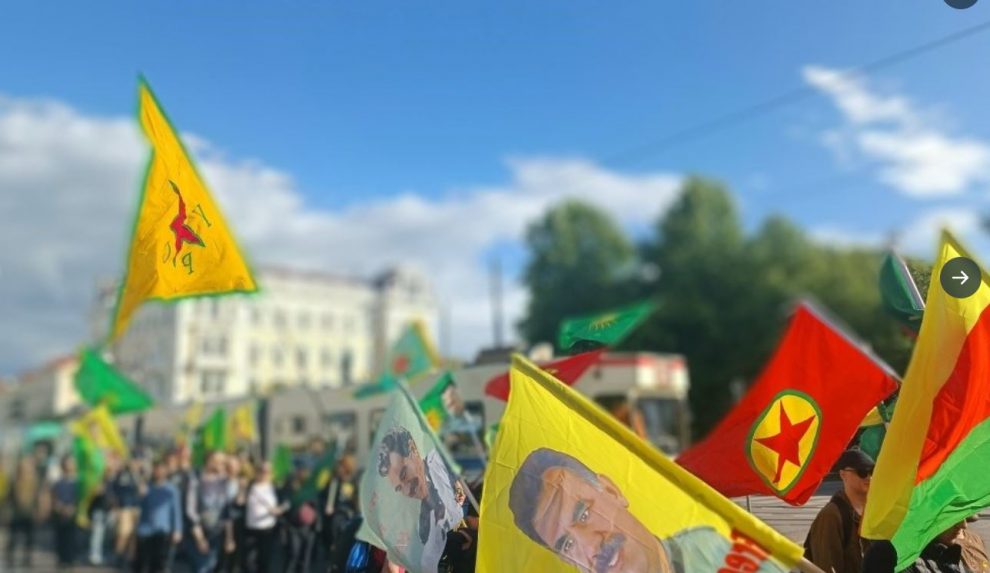 Despite that Swedish government promises not to support PKK terrorist organization, group members and sympathizers continue to raise PKK flags and hold meetings in Swedish streets.

A pro-PKK twitter account  called Rojavakommittéerna (@realrojkom) has posted new photos and videos of pro-PKK campaigns. Videos show that though the group claims to be Syrian, stuff (flags, photos, etc.) are of PKK.  The group continues its anti-Türkiye propaganda at a time Swedish government tries to convince Türkiye that they distance themselves from the terrorist organization.

While some Turkish analysts claim that Swedish officials deliberately allow PKK members to conduct street protests, others believe that Swedish government has no power to stop them.

Turkish social media users protested Sweden and condemned PKK’s despicable protests. Some accounts asked Turkish authorities to watch videos and learn IDs of terrorists so that they can be captured in case they visit Türkiye.

Türkiye is expected to veto Sweden’s NATO membership during the upcoming NATO meeting.

Türkiye’s tourism numbers return back to 2019: 308.48% increase in May
PYD co-chairs give pose in front of Öcalan’s photo