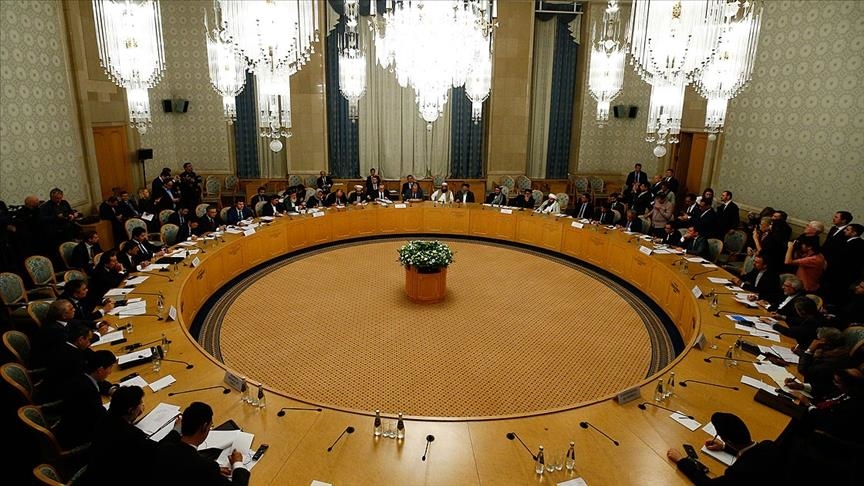 As Afghanistan nears the possible endgame after years of fighting, the mediatory role played by Qatar between the Taliban’s political leadership and the US has solidified the position of the Gulf state in the region.

Over the past two years, Qatar emerged not only as a trusted mediator for the US, but gained the Taliban’s confidence to host the group’s talks with the Afghan government as well after the enactment of the Doha Agreement in February 2020.

It is worth mentioning that it was the United Arab Emirates (UAE), which had first offered to host talks on Afghanistan in 2018 in an attempt to increase its political influence in South Asia. But its attempts did not bear fruits given the country’s hostile attitude towards the Islamic movements in the region.

The failure of the UAE to host such talks and the success of Qatar to conclude these talks productively is linked to the negotiating environment in the two states. The Taliban leaders felt they were not negotiating in a supportive or, at least an impartial environment in the UAE, since following the Arab Spring of 2011, the country had developed a kind of hostility towards politically loaded Islamic movements in different regions.

It was antagonizing Egypt’s Muslim Brotherhood, Palestine’s Hamas, Tunisia’s Ennahda, and Libya’s plentiful Islamic groups. In contrast, Doha had weaved warm ties with these groups, thus emerged as a trusted mediator between them and their local political foes at one hand and a gateway for the US and other Western powers, who were seeking to establish back-channel talks with these groups.

Hence, the latest developments in Afghanistan and the peaceful transition of power to the Taliban not only showed the success of the Qatar-led mediation efforts aimed to put an end to the suffering in the war-weary country but helped the Gulf monarchy to emerge as the biggest winner of the events.

Firstly, Doha has managed to reinvent its image as an honest broker in the region given the fact it was damaged during the Arab Spring after the Gulf state embraced a pro-Arab Spring stance. That was reflected in the Doha-based Al-Jazeera TVs pro-revolution coverage and Qatar’s financial support to the revolutionary movements in Libya, Syria, and Yemen.

The Gulf monarchy also spearheaded shuttle diplomacy during the first two years of the protests that hit six Arab countries. Doha was known for its active diplomacy and mediation efforts that earlier bore fruit in Yemen (between government and Houthis in 2008); Lebanon (among the country’s rivals in 2009), Palestine (between Fatah and Hamas in 2012); Sudan and Chad in 2009; Djibouti and Eretria in 2010; and most importantly the Darfur Agreement that brought the Sudanese government and opposition together in 2011.

Furthermore, secondly, what made Doha the bigger regional winner is that the four-year-long campaign to demonize the Gulf monarchy by its neighbors like Saudi Arabia, the UAE, Bahrain, and Egypt also failed.

The four countries, during the years of blockade they imposed over Qatar, were seeking, now and then, to depict the Gulf state as nothing but a terror state. Major lobbying firms were hired in the US to exert more pressure on Washington not to engage with Doha on the regional issues. However, the developments, mainly in Afghanistan, Syria, and Palestine, have demonstrated that, in some cases, the US needs Qatar more than Qatar needs it. Particularly, in the issues where the US utterly needs back-channel talks with the Islamic groups in the region.

There was a wrong perception that Doha was acting independently of the US and was harming its interest. But that was clarified by many Qatari leaders, mainly Emir Tamim who reaffirmed in a televised interview with the veteran anchor Christine Amanpour in 2014 that they were in extreme coordination with the US about their relations with the Islamic groups in the region, most specifically, the Palestinian resistance Hamas group. Emir Tamim noticed that the US was frequently telling them to convince Hamas to take part in the 2006 parliament elections as that hopefully would contain the Palestinian movement and make it part of the peace process with the Israelis.

Thirdly, thanks to the close relations it has with the Taliban, Qatar has become a gateway for the regional powers aiming at having good ties with Afghanistan’s new rulers. Turkey, Saudi Arabia, and, to a lesser extent, Egypt are looking forward to having good ties with the Taliban. Those countries will take Qatar as a key to outreach the Afghan powerful actors, which would help Doha and increase its influence as a pivotal and unsurpassable political player in the region.

Since 1995, the year which marked the rise of King Hamad to power, the Qatari monarchy has been playing a role far beyond its size on the regional level by investing in media, education, humanitarian diplomacy, mediation, and sports.

This role has seemingly coincided with the rise of Emir Hamad’s son Tamim in 2013, whose active and vigorous diplomacy was visible during the Gulf crisis in alliance with Turkey. That has also culminated with the ties the country has knitted with the dissident and opposition groups in the region making it a favorable destination not only for the world powers but also for the regional players to seek back-channel contacts.

“Turkey has a say in every critical issue in its region and the world”
Black Sea Hunters: Bayraktar TB2s In Ukrainian Navy Service