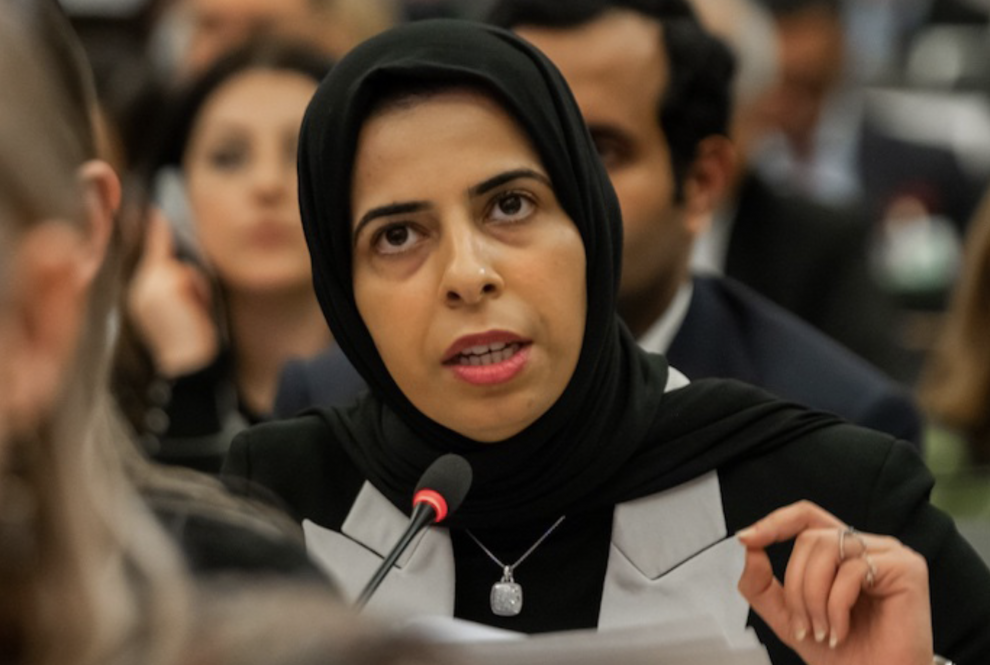 Qatar’s Assistant Foreign Minister Lolwah Al Khater took to Twitter to shame what appeared to be western nations for their unconditional support for Israel, despite its mounting war crimes against indigenous Palestinians.

“Next time you come to preach us about HUMAN RIGHTS & saving Muslim women remember this! Remember how you kept providing your unconditional political/ military/media support to this state sponsored terrorism 4 decades. This is why you NO longer have CREDIBILITY,” a furious tweet by the Qatari official read, though she did not direct the statement at any one country or group.

The tweet came just hours after a ceasefire brought to an end a brutal three-day Israeli offensive in the Gaza strip that claimed the lives of more than 40 Palestinians, including at least 15 children.

An estimated 350 Palestinian civilians have also been wounded.

In response, the US State Department stated on Saturday that it strongly supports Israel’s right to defend itself, and urged all parties to avoid further escalation. A similar statement was also issued by the United Kingdom, triggering outrage worldwide.

Al Khater called on world leaders to take action in halting the illegal Israeli occupation as part of the new year resolutions for 2022.

“2021 World leaders -rightly-battled to preserve Afghan Women rights. Will they put 10% of that effort for Palestinian women and children after 70 years of: ethnic cleansing, killing, crippling and arbitrary detention, using prohibited weapons, targeting journalists,” said Al Khater in a series of tweets.

The Qatari official shared a video of the Head of the Greek Orthodox Church in Jerusalem Archbishop Atallah Hanna, in which he reminded the international Christian community that “celebrating Christmas without paying attention to Palestine would be meaningless”.

Along with the video, Al Khater added poetic phrases by renowned Lebanese poet Rachid Salim El Khoury, widely known as the “village poet”, in which he expressed the importance of “brotherly love” in the region.

“Only our brotherly love will rise in the East.. if you mention the Messenger of God in kindness, convey the greetings of the poetic villager to him,” read the verses shared by Al Khater.

The senior Qatari official went on to take aim at the illegal demolition of Palestinian residences, with recent videos showing Israeli forces holding unarmed home owners at gunpoint while they watched on helplessly as their houses were demolished.

“Choose the right answer, Israeli 70 years [of] occupation is: violating women/human Rights? The last colonial apartheid system on earth? Yet, NO women rights/boycott heroic calls coz: it’s above intentional law before they demolish/kill they don’t say Allah Akbar so it’s [okay],” said Al Khater, commenting on the videos.

A ceasefire brokered by Qatar and Egypt to terminate Israel’s latest assault in the Gaza Strip, which killed dozens of Palestinians, was declared late on Sunday.

Following rigorous talks between Egypt, Israel, and Gaza’s governing body, Hamas, a “comprehensive and reciprocal ceasefire” to end the devastating Israeli bombardment on the besieged city went into effect at 11:30 p.m.

In response to the current developments in Gaza, Qatar’s Foreign Ministry Spokesperson Dr. Majed Al-Ansari stated that the Gulf state’s participation was “was pivotal to ensure the reduction of tension and the arrival of a ceasefire.”

“The intensive Qatari contacts helped us identify the reality of the situation in Gaza…our diplomacy depends on dialogue and bringing parties together, and it has achieved success on several fronts,” Dr. Al-Ansari told Al Jazeera in a televised interview.

The official noted that the Palestinian file “is one of the most important files that Qatari diplomacy is working on.”

Palestinians have identified a pattern of attacks on Gaza in the run-up to the Israeli election season, in an attempt to acquire credibility among far-right citizens.