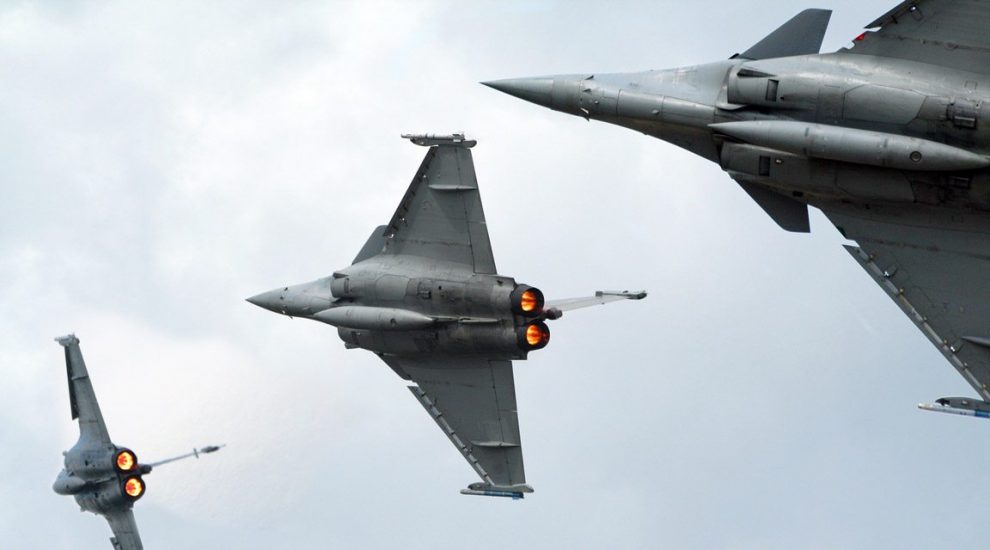 After going head to head with Turkey in eastern Mediterranean, Athens secured a costly support from France but the recent military procurement would ring alarm bells for Greece’s troubled economy.

Greece has failed to gather support for its expansionist exclusive economic zone claims in eastern Mediterranean from most of the European Union members namely from the union’s power house Germany which assumed a role to ease the tension rather than providing unconditional support for Athens. Embattled at home, France’s Macron stepped in to support Greece despite Athen’s EEZ claims being against international laws and previous similar international court rulings. However, French support for Greece did not come at no cost. Greece just announced that it will procure 10 Rafale jets and four multipurpose frigates, and four navy helicopters from France. The multi-billion deal includes purchase of anti-tank weapons, navy torpedoes, and air force missiles as well. Experts warn that Athens’ eastern Mediterranean adventure would push Greek economy into a second financial catastrophe.

Greece’s tourism revenue is accounted for staggering 30 percent of its gross domestic product. Covid-19 pandemic dealt a heavy blow to global tourism in 2020 with no imminent solution at the end of the tunnel. Several experts warn that the pandemic would continue through out 2021 as vaccination works have yet to provide any substantial result. Greece is expecting the economy to shrink about 8% this year, adding to a cumulative loss of about 25% of gross domestic product during the debt crisis. Unemployment increased to 18.3% in June from 17.3% in May. While that is lower than the peak of almost 30% during the crisis, it’s still the highest rate in Europe. Last week, Greece raised 2.5 billion euros ($2.96bn) in a bond auction as the country seeks to increase military spending and raise funds for businesses affected by the coronavirus pandemic. Spending billions for military adventures while already having over 100 percent debt/gdp ratio would slide Greek economy into another trouble which could be more destructive this time experts warn. “Greece has sold pretty much everything it can to pay back the creditors after the debt crisis. This time, Athens has nothing to sell to come out of a such financial trouble,” Ankara-based economist Batuhan Gulsah reiterated.

Turkey, on the other hand, pulled back one if its drilling vessels from the contested waters to give another opportunity to solve the issue through dialogue. When Turkey stopped drilling last month upon request from Angela Merkel to start a political solution process, Greece rushed to sign an illegal maritime delineation deal with Egypt. Failing second time would totally alienate Greece within the EU. Costly support from France may not last long because French president Emmanuel Macron’s approval ratings at home have been down to 30 percent, according to the reports.

Cartoons of the Week
Chaos in Macron’s France