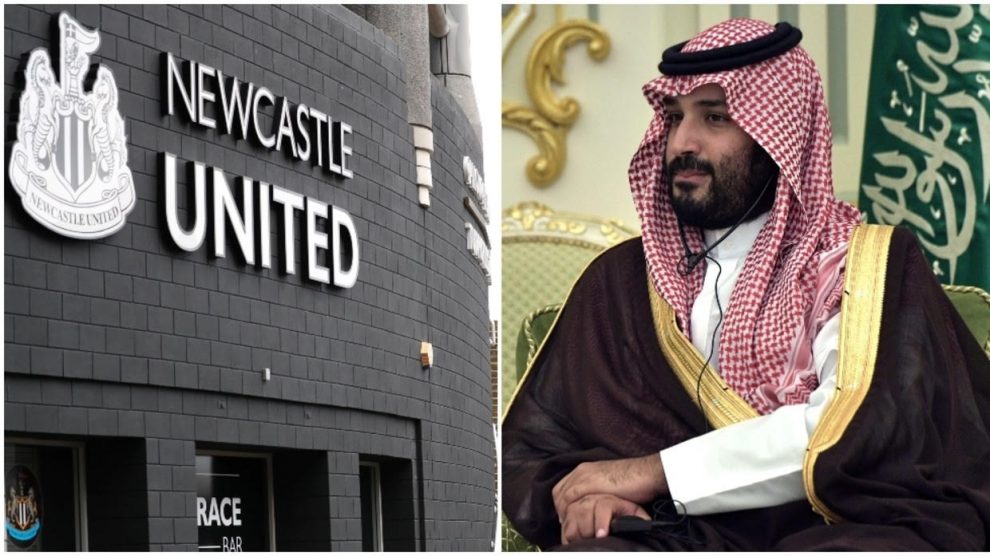 Saudi efforts to position the kingdom as a key player in global soccer resembles a train crashing multiple times with the locomotive continuing to barrel ever closer to an abyss.

The train’s last crash, Saudi Arabia’s decision to drop its US$392 million bid to acquire English Premier League club Newcastle United, has not brought the train to a standstill.

Almost simultaneously, Saudi Arabia, a potential Middle Eastern powerhouse on the pitch, formally appealed against a World Trade Organization (WTO) ruling that it facilitated the piracy of Premier League matches. Saudi Arabia initially welcomed the ruling, claiming it was in its favour.

A WTO inquiry concluded that Saudi courts had stopped the Premier League from acting against BeoutQ, a pirate broadcaster widely believed to have had at least tacit Saudi government support.

BeoutQ was pirating the broadcast rights of beinQ, a Qatari global sport and entertainment network. beinQ was banned in Saudi Arabia as part of the more than three-year old Saudi-United Arab Emirates-led economic and diplomatic boycott of Qatar.

Repeated crashes since Crown Prince Mohammed bin Salman launched his effort five years ago to turn Saudi Arabia into a powerhouse in soccer as well as the global governance of the sport have tarnished rather than enhanced the image of a 21st century forward and outward-looking kingdom that he has tried to promote.

If anything, Saudi sports diplomacy has proven to be a mirror image of Saudi Arabia’s challenged domestic, regional, and foreign policies.

The diplomacy bears the hallmarks of the assertive style associated with Prince Mohammed as well as of Turki al-Sheikh, a 39-year old brash and often blunt former honorary president of Saudi soccer club Al Taawoun based in Buraidah, a stronghold of religious ultra-conservatism, and a former bodyguard of the crown prince.

Mr. Al-Sheikh served as Saudi sports czar until late 2018 when he was shifted to overseeing the kingdom’s burgeoning entertainment sector in the wake of the 2018 killing of journalist Jamal Khashoggi. Mr. Al-Sheikh has not been linked to the Khashoggi murder.

The Newcastle United failure and the WTO appeal suggest that the appointment in February of Prince Abdul Aziz bin Turki Al-Faisal, a 37-year old racing driver and businessman, as head of a newly created sports ministry does not signal a realization that financial muscle coupled with varying degrees of coercion does not guarantee success.

The ministry replaced the General Sports Authority that had been headed by Mr. Al-Sheikh until his reassignment.

Mr. Al-Sheikh sought to position Saudi Arabia, counter Qatari sports diplomacy crowned by its hosting of the 2022 World Cup, and enhance domestic entertainment opportunities through a host of costly initiatives, many of which came to naught.

He launched a flawed effort to become a major player in soccer-crazy Egypt, the Arab world’s most populous nation, that sparked ridicule and anger from both fans and club officials.

Mr. Al Sheikh unsuccessfully tried to use Morocco’s bid for the 2026 World Cup hosting rights to bully the North African state into supporting the boycott of Qatar.

Finally, Mr. Al Sheikh helped engineer a failed bid, together with the UAE, to buy influence in FIFA with a US$25 billion investment in two new competitions through venture capital fund Softbank.

Tens of thousands of Newcastle fans have signed a petition demanding an independent investigation of the Premier League’s handling of the Saudi bid that led to the kingdom withdrawing its interest.

The fans charged that the Premier League had been influenced by Qatar and critics of Saudi Arabia’s troubled human rights record and alleged involvement in broadcast piracy who have no relationship with English soccer.

“Now, the Saudis have a large percentage of a Northern English city fighting to defend them, to say their regime isn’t as vile and wicked as it is, to say they deserve to be accepted by Western society. Why buy #NUFC (Newcastle United Football Club) for £300m (US$392 million), when you can get everything you want for £17m (US$22.2 million)?” tweeted writer Andrew Lawes.

Simon Pearce, Abu Dhabi’s director of strategic communications and a director of Manchester City, the British club bought by the UAE crown prince’s brother, said as much in emails that were leaked in 2018 and allegedly obtained from the hacked inbox of Yusuf Al-Otaiba, the UAE ambassador in Washington.

Talking about the United States’ political environment, Mr. Pearce argued that Emirati interests were best served by associating UAE investments in US soccer with City Football Group, the Abu Dhabi’s soccer investment vehicle, rather than the government.

Mr. Pearce said this would allow the government to shield itself from criticism of the UAE’s criminalization of homosexuality, progressive but mixed record on women’s rights, and refusal to formally recognize Israel despite maintaining close security and commercial relations with the Jewish state.

Prince Abdul Aziz may be able to get some mileage out of the support of Newcastle fans, but it will take a lot more to stop Saudi sports diplomacy’s locomotive from falling off a cliff.

The sports effort’s poor performance cannot be disassociated from Saudi Arabia’s larger reputational problems resulting from its handling of the killing of Mr. Khashoggi, its arrests of government critics and activists, and its foreign policy fiascos in Yemen and Lebanon.

“Football was once the game of the people,” said Uri Levy, the editor of Babagol, a soccer news website. “But it is now very much a geopolitical soft-power playing field.”

Saudi Arabia’s decision to fight the WTO’s broadcast piracy ruling in the wake of the Newcastle United experience suggests that Prince Abdul Aziz may be fighting an uphill battle in efforts to stabilize the kingdom’s sports diplomacy and create an environment that would allow it to play a soft power card on a scale larger than a mid-sized city in the northeast of England.

Is Israel Behind the Beirut Blast?
Greco-Turkish cooperation