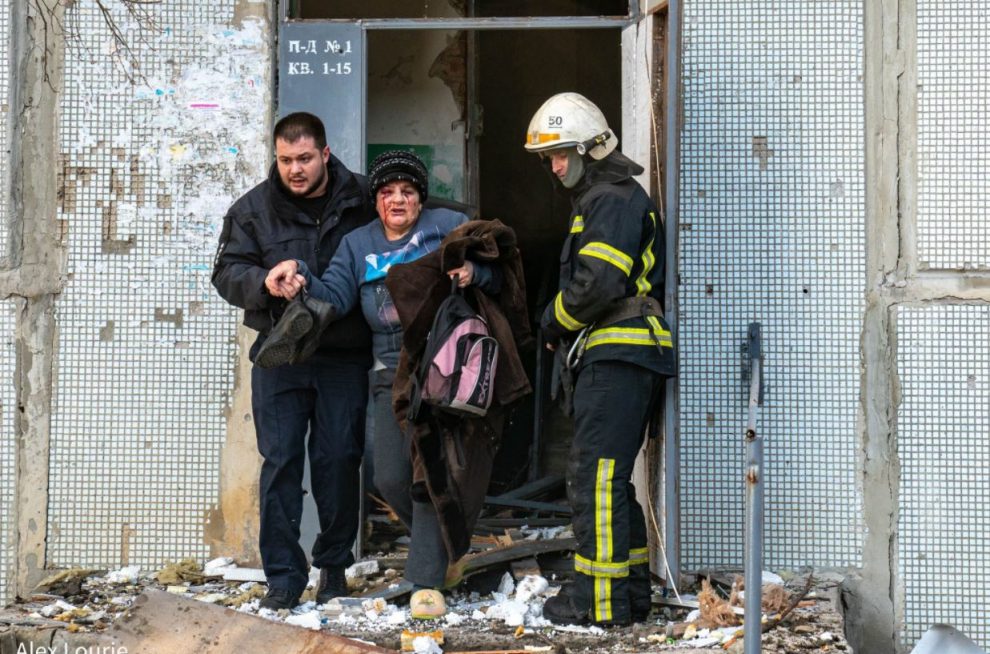 Russia has finally begun its invasion of Ukraine even though Russian President Vladimir Putin and Russian media stated otherwise. The Russian army is now attacking Ukraine from air, land and sea to control the whole of Ukraine. As of now, while Russian paratroopers are trying to seize some airports, missiles and fighters are targeting other airports to facilitate the invasion. Since the Russian army is much stronger than the Ukrainian army, a full-scale invasion is likely to happen in a few days.

The whole world is probably discussing the Russian aggression, international law, sovereignty and the Ukrainian resistance but the status of civilians does not seem to be getting much attention. Unfortunately, civilians suffer most during wars but they are often reduced to numbers for the onlookers. This is and will continue to be the case for the Ukrainian people as well. Reports show that several Ukrainians have already been killed by the Russian attacks since early morning, literally at 5 a.m. Needless to say, many of them are ordinary people living close to military facilities.

On the other hand, footage shows that people have started fleeing cities for their safety. They will probably leave their country and seek refuge in neighboring countries. Moldova already announced that it will accept refugees. However, as its capacity of hosting refugees will not be more than 100,000, the Ukrainian refugee influx might be devastating, particularly for Eastern European states.

Unfortunately, in a few hours, we are likely to witness a new wave of refugees because of the ignorance and incorrect policies of Western countries and the merciless use of hard power by Russia. We all recall that the latter did this in Syria as well. Millions of Syrians were displaced because of the Russian support to the Bashar Assad regime and its direct involvement in the Syrian civil war. Russian jets bombard northwestern Syria even now.

While the European Union was able to reduce the damage migrant flows caused by making an agreement with Turkey, this time, agreements will not suffice since Ukraine is a European country. Leaving aside the political consequences, 44 million Ukrainians won’t accept the Russian or a pro-Russian regime rule. Therefore, millions will head to Poland, Moldova, Slovakia, Romania and Hungary for shelter. The world will witness a new Russia-made migrant drama due to European negligence.

Sanctions not a solution

If the EU and American leaders believe that they can deter Russia with economic sanctions, they are absolutely wrong as they tried previously and failed. Besides, the dependency of Russia on the EU is reciprocal and the former is not economically weak either. It is correct that the EU is fiscally richer but it needs Russian gas for its basic needs such as heating and electricity.

Yet, there is still something to be done by non-warring countries: Save the lives of Ukrainian people. Stopping war escapees on borders and getting them to reside in tents are not solutions. They must embrace them and fulfill their security, health and even social needs. Ukrainians just wanted a country independent of the Russian regime and followed Western advice to get rid of pro-Russian politicians. Nevertheless, the result is the invasion of their country by the Moscow regime.

If the EU prefers a non-military but civil solution, at least, it must give a helping hand to Ukrainian civilians then. Ukrainians are innocent and don’t want to be displaced due to someone else’s political goals. The EU, the United States and other countries are capable of helping them. Doing nothing will be very shameful and disappointing for the whole world.