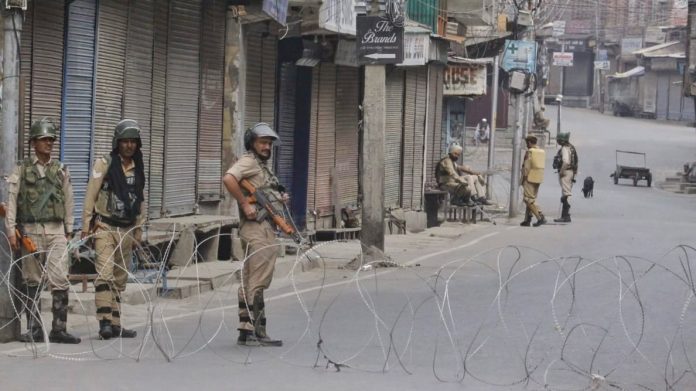 We have entered the third month of a suffocating clampdown in Kashmir. It seems the Indian government has ignited a crisis by abrogating Article 370, which gave Jammu and Kashmir some autonomy, and by taking away its statehood and turning it into a region directly under New Delhi’s control. Equally dangerous is the government’s use of overwhelming military force for curbing basic democratic and human rights of the Kashmiri people.

Prime Minister Narendra Modi and his Home Minister Amit Shah appear totally unconcerned about the implications and repercussions of what they have done in Kashmir.

India was once seen as a country of morals and political values abroad. Weak and suppressed nations and their people once drew inspiration from the history of Indian freedom struggle and from its Constitution and the political values that were adopted after independence. India’s declarations of co-existence and communal harmony used to generate respect in many places.

Today, India is in danger of being seen as a country where the voice of its own people is throttled, where violent Hindu extremist organisations indulge in a campaign of hate against religious minorities, Dalits and tribal communities. India must worry about the violent trends in its society where inequality and discrimination are growing, mob lynchings are considered acts of patriotism, and administrators do not show respect for human rights.

There is a widespread perception that the government is controlled by an extra-constitutional authority and the country’s president is made to bow before the ruling Bharatiya Janata Party’s ideological mentor the Rashtriya Swayamsewak Sangh (RSS).

India on August 5 cut off Kashmir from the rest of the world through the communications blackout. Landlines are now usable but erratic. Mobile phones and the Internet are dead and roadblocks are everywhere. The worst kind of censorship is being enforced against the media. Journalists are not being given access to people. This has opened doors to speculations, rumours and the worst kind of fears in the minds of people both within and outside Kashmir.

For decades after independence, people in India talked about a syncretic culture based on India’s rich history and multi-faith society. There was much talk about building an India that treats all its citizens with respect, provides equal opportunities, and implements the rule of law. Now these issues are no longer fashionable. Violence, rapes, crimes and inequality have become widespread and people feel hopeless in seeking solutions to their problems from state institutions.

It is high time to think, review and reverse the policies that have taken India to this level of pessimism. India’s progress and happiness cannot be measured in GDP numbers.

The BJP has committed many acts of misgovernance since 2014. It has destabilized the economy, spoiled communal harmony, damaged the country’s social fabric, created a bad atmosphere in educational institutions, and India’s foreign policy is influenced by interests of external powers.

But Kashmir is the biggest blunder committed so far. The government has totally alienated Kashmiris. They are being pushed into a situation of dangerous helplessness. Brutalisation and brute force in Kashmir will produce only bitter outcomes for everyone. By abrogating Article 370 on Kashmir’s autonomy, the BJP has attacked India’s federal character. It has created new fears among religious and linguistic minorities.

There is also nuclear rhetoric involving India and Pakistan. This may have catastrophic consequences for South Asia’s future peace and security.

There is perhaps still time for a policy reversal on Kashmir. Restore their special rights and status that were guaranteed to them after independence. Treat Kashmiris with dignity, love and respect. Unrest in Kashmir is going to have an impact in other parts of India. A peaceful Kashmir would ensure national peace and harmony.

S.M. Anwar Hussain is a commentator and pubic speaker based in India