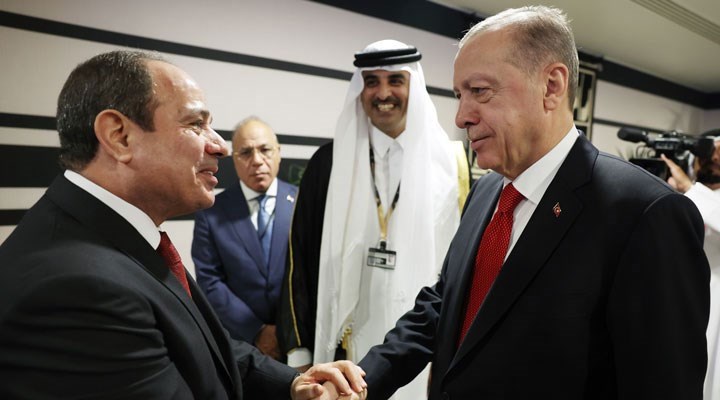 President Recep Tayyip Erdoğan’s handshake with Egyptian President Abdel-Fattah el-Sissi in Qatar and his statement that he could meet with Syria’s Bashar Assad afterward show that there is a drastic change in Turkish foreign policy. Now, everyone is rightly debating whether this was a U-turn (and if so, this change undermines confidence in policymakers) or whether it was a necessity.

To find the answer to this question, I had the opportunity to seek the opinions of various people, from Middle East experts to members of the Muslim Brotherhood. According to experts studying the Middle East, it is difficult to return to democracy in Egypt. They argue that el-Sissi has consolidated his position with the support of the Arab regimes supporting him and the West, and they think that el-Sissi will hardly lose power. Experts also argue that it is unlikely that the administration of Egypt, which has been ruled by the junta for 70 years, will pass to the people.

In fact, the government thought that the Western world, which is allegedly supposed to be the apostle of democracy, would also support a democratic transition in Egypt, but it did not happen. The West followed an interests-based foreign policy, and democratic governments were supported only if they were on their side. Unfortunately, the oppressed people did not matter to them. If the rulers were/are friendly to the West, whether they were dictators or elected leaders, would not be a matter. The Erdoğan government probably did not expect such an approach.

Erdoğan probably thought that they would at least pretend to call el-Sissi to “return to democracy,” but they remained silent to his persecution and even went arm in arm with him. Thus, the Turkish government desperately entered into a process of rapprochement with the el-Sissi administration, which would at least protect the interests of the two countries without standing against the Egyptian people on a realpolitik ground.

Most probably, this change of attitude would not have happened, had Erdoğan not been left alone against el-Sissi (and other regional dictators). Therefore, accusations of Erdoğan such as “You were against him yesterday, but you are shaking el-Sissi’s hand today” show the insincerity of the accusers. Such contradictory accusations show that Erdoğan’s critics will criticize him under any circumstance. They seem to have sworn to stand against Erdoğan wherever he stands. In this case, there is no need to give value to what they say.

By the way, I had the opportunity to indirectly reach the Muslim Brotherhood group to ask their opinion about the rapprochement. They said that they do not have any objection to rapprochement, that the interests of the country require it, and that it is essential for the two countries to act together. Perhaps this is a diplomatic answer, or it is sincere, but Turkish scholar professor Ahmet Uysal argues that the rapprochement will also benefit the Brotherhood, too.

If Türkiye and Qatar mediate, el-Sissi can make reforms and the pressure on the Brotherhood might be lifted, said Uysal. There is an example of this in the past. Jamal Abdunnasir had committed similar atrocities against the Brotherhood but after Enver Sadat came to power, he made peace with the Brotherhood, which relieved them. The same can happen today, said Uysal.

On the other hand, living with dictators does not mean being friends with them. If you have no other choice, you have to get used to living with them. Does not Türkiye also maintain relations with Western countries that openly support terrorism? If you ask any Turk which countries are hostile to Türkiye, those known as allies will top the list. Based on this fact, it can be argued that the Turkish government wants to put aside the problems with the el-Sissi administration and give priority to state interests.

How Realistic Is It to Go Retro in Turkey-Syria Relations?
Türkiye’s indigenously made fighter TF-X (MMU) to fly earlier