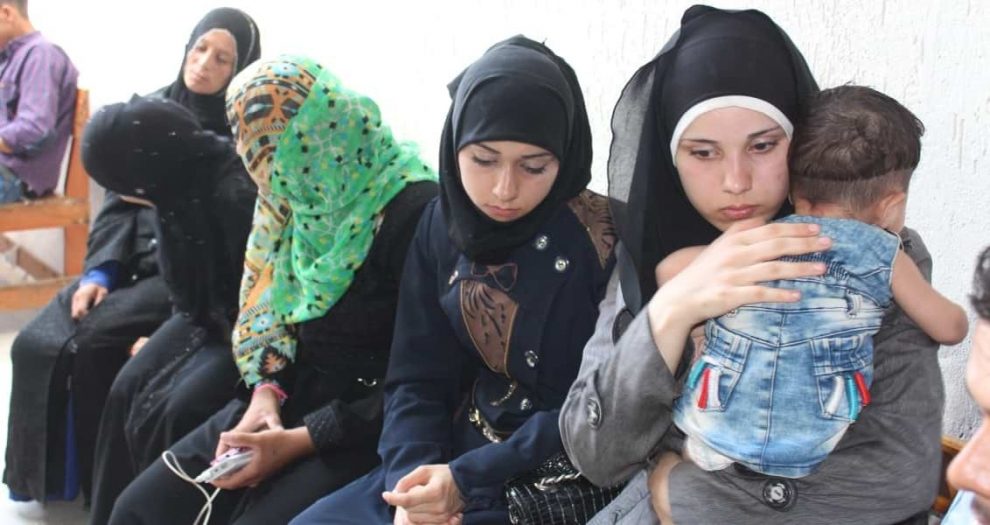 A group of Azerbaijani intellectuals fleeing the persecution of Stalin had taken refuge in Turkey by crossing the Boraltan Bridge on the Aras River, and Moscow demanded the immediate surrender of the group in question from Ankara.

In the words of President Erdogan, who described the incident in a speech to draw attention to the CHP mentality, “Azerbaijanis came to the homeland of their own neighbors and embraced them”.

In 1945, when the incident took place, the CHP government headed by İsmet İnönü was ruling the country.

An order was sent from Ankara to the commander at the border post to hand over the Azerbaijanis to the Russians.

The commander could not believe the correctness of the order at first, but the order was clear and precise.

When our Azerbaijani brothers learned that they would be handed over to Russia, they hugged our soldiers and cried.

They knew they would be killed.

“We would rather die at your hands than at the hands of the Russians. They said, “Please, kill us.”

146 Azerbaijani Turks were handed over to Russia that day and were shot on the other side of Aras.

A lament and a black mark that will never be erased remained from that painful event.

One of the most frequently asked questions on the Arab street these days is:

Will Turkey hand over Syrian refugees to Bashar al-Assad?

My answer to this question is short and clear.

As long as Erdogan is there – God willing – such a thing will never happen.

The President certainly does not allow the stain of “sending refugees to death” on Turkey’s forehead.

But an air is spreading as if something like this is going to happen.

This is because of two factions.

Some pens close to the government began to embellish Bashar al-Assad and the Syrian regime in the name of defending the Turkey-Russia-Syria talks.

Those who wanted to present Turkey as an “unreliable ally” seized the opportunity as a trophy.

Someone has already started to dream of making peace with the Syrian regime and “praying in the Umayyad Mosque in Damascus”.

They are trying to discredit those who point out that Bashar al-Assad cannot be trusted by saying, “Only the USA and the PKK are against normalization with the Syrian regime.”

They are so excited that they may even declare those who do not think like them “traitors” soon.

Others feed the rumors that Erdogan will hand over the Syrian refugees to Bashar al-Assad with false news in order to tarnish the image of Turkey, which did not leave its allies alone in the Karabakh War, in Libya.

For example, they spread the lie that at the meeting in Moscow, Turkey agreed to withdraw its troops from Syria.

However, such a thing was not even discussed at that meeting.

The Syrian regime, which does not want to meet with Turkey without preconditions under the current conditions, joined the trilateral meeting by giving up its preconditions as a result of pressure from Russia.

It is necessary to look at the facts on the field and the result, not what is said on the right and left.

Some people in Turkey get goosebumps when they hear the word Arab and say, “Are you equating 146 Azerbaijani intellectuals with Syrian refugees?” We know that he wants the Syrians to be forcibly sent to their country, even if they are going to die.

But as the Minister of National Defense Hulusi Akar said, “It is out of the question for us to do anything against our Syrian brothers and sisters living in Turkey and Syria. Everyone should know this and act accordingly.”

Türkiye and Bulgaria ink deal for the sale of 1.5 billion m3 gas annually
Open in app or online Ronaldo’s move to Saudi Arabia: A game of one-upmanship