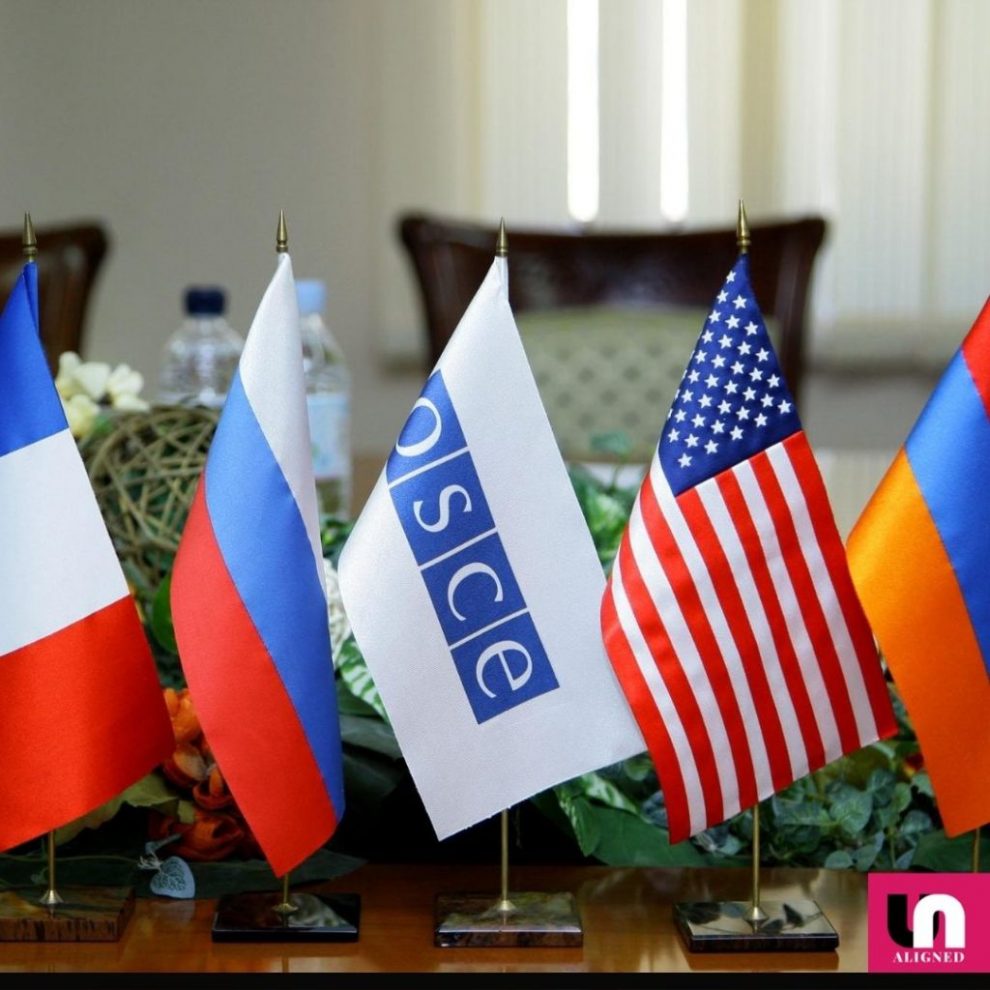 Azerbaijani president Ilham Aliyev humiliated the visiting Minsk Group co-chairs on Saturday saying that they were not invited to Baku as he also pointed out that the organization is nothing but a three-decade failure and played no role in resolving the Karabakh issue.

The triumphant Azeri leader has delivered some affronting remarks to the OSCE Minsk Group led by Stephane Visconti of France and Andrew Schofer of the U.S., in Azeri capital Baku on Saturday. “Coming here [Baku] was your idea,” Aliyev told the Minsk Group Co-Chairs. “I can once again repeat this statement in front of the cameras. I have not invited the Minsk Group to visit,” Aliyev continued while the cameras rolled. The Azeri president pointed out that the Minsk Group played no role in resolving the issue in 28 years. “Azerbaijan resolved the conflict that lasted almost 30 years, by force and by political means,” Aliyev said.

The Minsk Group has been formed by the Organization for Security of Co-operation in Europe (OSCE) in 1992 to find a peaceful solution to occupied Nagorno Karabakh. However, no solution has been put forward by the Minsk group in years of negotiations. “Unfortunately, Minsk Group did not play any role in resolution of the conflict despite its 28 years of mandate though there have been an activity of the Minsk Group, in elaborating ideas and trying to be creative,” Aliyev told the uninvited visiting group.

“I think the Minsk Group has been the biggest international disappointment. If an initiative can deliver no result on its mandate for three decades, what is the point of even having them,” said a veteran Turkish journalist Cihat Aydemir who closely followed the region for more than two decades.

Azerbaijan has captured some parts of its occupied Nagorno Karabakh territory from Armenia during the month-long war. Turkey has provided military support to its ally Baku while Russia brokered the ceasefire and following MOU deal. According to the signed agreement, Russia will have a peacekeeping mission in the rest of the occupied areas which paved the way for Russian army to step foot inside Azeri territory since the collapse of Soviet Union. Turkey, on the other hand, returned to the South Caucasus after more than a century, from where it was forcibly removed, Turkey’s Daily Sabah said.

One of the most important results of the Karabakh war is that Turkey’s gate to the Turkic Republics was opened with an uninterrupted road connection between Nakhchivan and Azerbaijan.

All these developments suggest that the Minsk Group has completely been out of the picture in Nagorno Karabakh issue. The recent war has clearly showed that there are two players in the region other than the conflicting sides: Turkey and Russia. Moscow has once more showed that it still holds a tight grip on its former backyard by stepping in to broke ceasefire while Turkey seems to be the only NATO influence to counter Russia in the region.