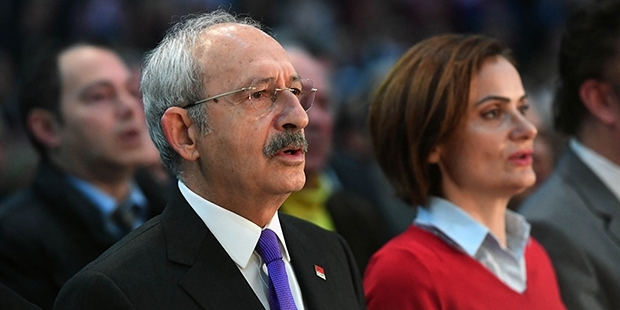 The People’s Alliance of the ruling Justice and Development Party (AK Party), the Nationalist Movement Party (MHP) and the Great Union Party (BBP) determined the date of the next presidential and parliamentary elections as the year 2023. Since that announcement, the troubles of Turkey’s oppositional political parties have increased.

In the upcoming elections, the People’s Alliance will compete with the Nation Alliance, made up of the main opposition Republican People’s Party (CHP), the Good Party (IP) and the Peoples’ Democratic Party (HDP), along with the prospective support of the newly formed Democracy and Progress Party (DEVA) and the Future Party (GP).

Electoral surveys suggest that the voting rates of the competing alliances are very close to each other in the parliamentary elections. However, the factor of leadership comes into play in the presidential elections.

In the face of incumbent Recep Tayyip Erdoğan’s presidential candidacy for the People’s Alliance, the Nation Alliance cannot by any means produce a stronger candidate.

Even though the prospective candidacy of CHP Chairperson Kemal Kılıçdaroğlu was greatly discussed over the last week, each and every political party is aware of his poor prospect of electoral success versus Erdoğan’s popularity.

The HDP cannot separate itself from the PKK terrorist group and thus cannot provide a truly national political agenda for Turkey as a whole. The electoral popularity and internal integrity of the CHP and the IP have weakened due to their covert alliance with the HDP.

Ümit Özdağ, one of the founders and the Istanbul deputy of the IP, was recently expelled from his party after he accused the party’s Istanbul chairperson, Buğra Kavuncu, of links to the Gülenist Terror Group (FETÖ). Despite its internal unrest and tension, the IP secures a voting rate of 10%.

As the leader of the Nation Alliance, the CHP is expected to raise its voting rate in order to pose a significant threat to the People’s Alliance. However, surveys say that the CHP’s electorate thins down day by day. Mustafa Sarıgül, a former senior member of the CHP and former mayor of Istanbul’s Şişli district, recently announced that he will transform his Movement for Change in Turkey (TDH) into a political party.

While the People’s Alliance stands firm with Erdoğan’s strong candidacy, the Nation Alliance continues to crack in the absence of unifying leadership.

Experts commonly expect an economic recovery as soon as the coronavirus pandemic is over. With its vast agricultural and industrial production, along with its capacity to attract foreign investment, Turkey’s economy will quickly recover from the pandemic in the coming years.

We will certainly witness fierce competition during the 2023 elections. Nonetheless, Erdoğan’s political charisma and the internal integrity of his support base suggest that the People’s Alliance will certainly have the upper hand in the upcoming elections. Meanwhile, the Nation Alliance has already begun to face the challenge of managing the complicated political psychology of a loose alliance composed of seven parties.