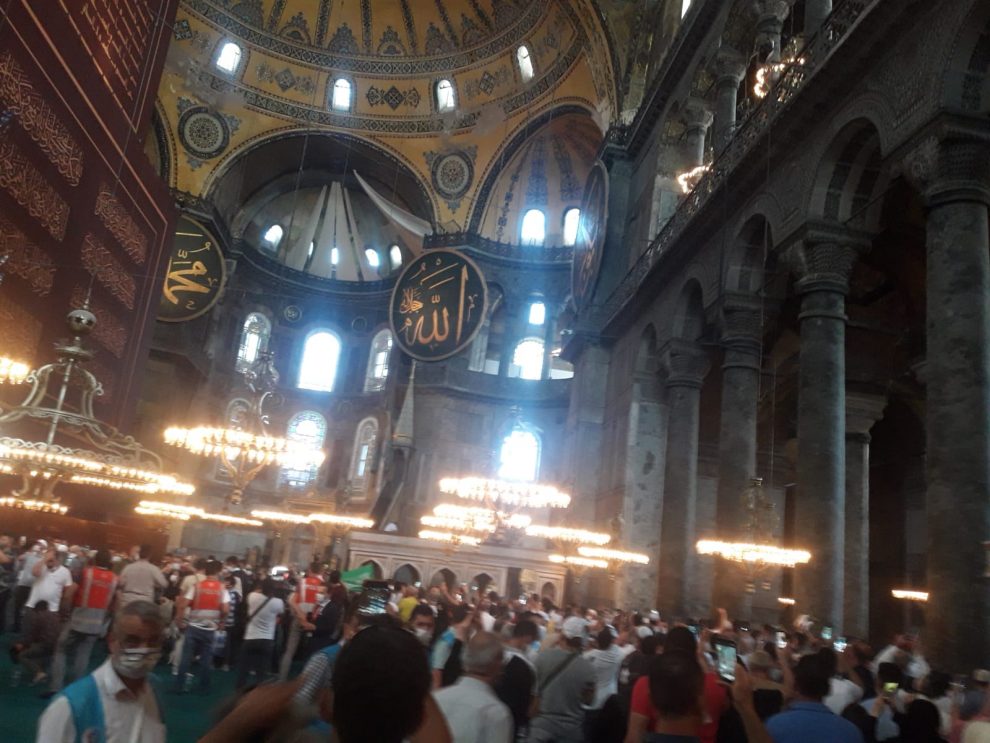 Prominent Greek journalist Stelyo Berberakis whom was born in Turkey penned an article for Turkish web portal Diken in which he said reverting Hagia Sophia’s status is not a move against Greece and it is Turkey’s sovereign right to reinstate the mosque status to Istanbul’s edifice.

“1500 years old Hagia Sophia has never been the property of modern Greece which was founded in 1821,” said Berberakis. He pointed out that Hagia Sophia had been the most important church of Christianity until 1054. On that date, Christian church split into Catholic church and eastern Orthodox Churches. From that point on, Hagia Sophia became the “Mecca” of Orthodox world, as the Greek journalist put it. Since then Orthodox church has faced severe persecution attempts through out the history by Catholics because of religious beliefs and practices until the conquest of Istanbul by Ottomans. Berberakis reminded an important anecdote that Greek population in Istanbul said during the siege that they prefer Ottomans to Catholics.

Greek journalist Berberskis also criticized Greece. He said Greek authorities on one hand said reverting Hagia Sophia was not a matter between Turkey and Greece but half masting flags on reopening day contradicts that statement.

Catholic crusader armies captured the city in 1204 and destroyed-looted Istanbul and Hagia Sophia for 60 years. Memories of 4th crusade and the persecution of Orthodox in the ensuing centuries forced Greeks to prefer Ottoman domination over Catholics. Fatih the Conquerer formally established the supremacy of the Greek Orthodox Church over the Christians who lived in his realm. That enabled Greek Orthodox Church to survive until this day.