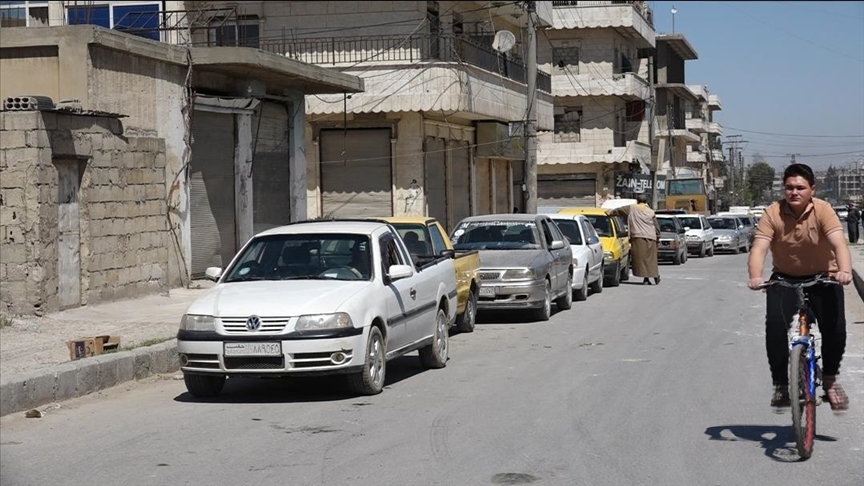 Once a trader living in Manbij in Aleppo, Syria, Hussein Alkoud was forced to abandon his hometown after it was occupied by the terror groups Daesh/ISIS and the YPG/PKK.

About eight years ago, after YPG/PKK terrorists killed three of Alkoud’s relatives and imprisoned two of his brothers, the Syrian man, with 11 children, was left with no choice than taking shelter in Türkiye.

He took refuge in Türkiye’s southern border province of Hatay, and now dreams of reuniting with his siblings put behind bars by the YPG/PKK and hopefully returning to Manbij.

In an interview with Anadolu Agency, Alkoud told how the YPG/PKK unleashed a campaign of terror in the region.

The terror group’s presence in the region paved the way for numerous criminal activities such as looting while also adding to the grievances of poverty-stricken locals, said Alkoud, adding that a large number of residents in the region were forcibly displaced as they could no longer deal with the pressure of the YPG/PKK.

“God willing, we want to go back to our land once Manbij is rid of terrorism,” he said, adding that members of the YPG/PKK robbed properties and set fire to the houses of people who defied the terrorist group.

“Some were forcibly recruited. Scores of people, including three of my close relatives and many others I know, lost their lives to the YPG/PKK and Daesh [ISIS],” he said. “Two of my brothers are in Manbij, and we haven’t heard from them for the past eight years.”

Another Syrian man, Ahmad Hussein, who fled Manbij after the YPG/PKK takeover, said many of the young population left the area due to the terror group’s forced recruitment.

The 24-year-old said young individuals were trained for up to a month, and then were sent to conflict front lines, adding: “It was two days ago when I saw two persons (announced) dead on the social media accounts of the YPG/PKK, one was 15 and the other 14.”

The child kidnapping and recruitment of the YPG/PKK – in violation of international law – has been decried by the UN, US, and human rights groups.

“It is very important that Manbij be cleared of terrorism,” he added.

Since 2016, Ankara has launched a trio of successful anti-terror operations across its border in northern Syria to prevent the formation of a terror corridor and enable the peaceful settlement of residents: Euphrates Shield (2016), Olive Branch (2018), and Peace Spring (2019).

Officials have hinted that Türkiye is preparing another military campaign in northern Syria to ensure safety for Syrian refugees and eliminate the terrorist threat on the border.

In its more than 35-year terror campaign against Türkiye, the PKK – listed as a terror organization by Türkiye, the US, and EU – has been responsible for the deaths of over 40,000 people, including women, children, and infants. The YPG is the PKK terror group’s Syrian offshoot.