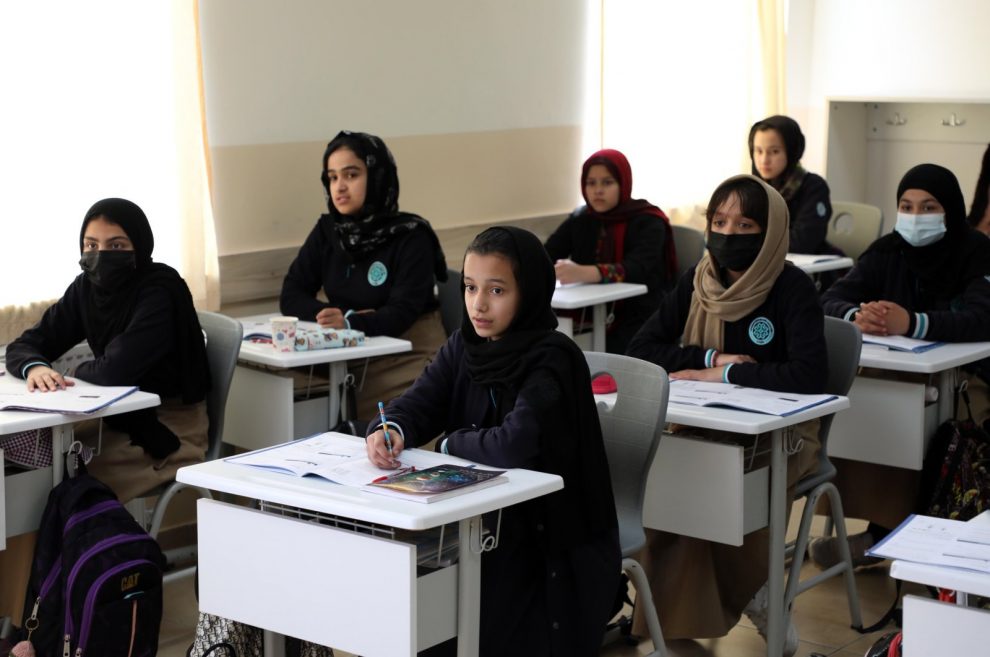 Afghanistan has lived through a 40-year period of war. Known in history as the country to bring about the end of empires, Afghanistan recently overcame the Soviet and American invasions. With the U.S.’ chaotic withdrawal, the Washington-backed Afghan government immediately collapsed. The Taliban, who were dominant in the countryside, have returned to power 20 years after their ouster by the U.S.

When I had the opportunity to visit Afghanistan with the head of the Turkish Maarif Foundation (TMV), I was glad not only to examine the TMV’s school in the country but also to assess the current political situation in the country and the relationship between Turkey and Afghanistan. As someone who closely follows international developments and writes articles on Turkish foreign policy, I believe that it is difficult, if not impossible, to analyze a country without stepping foot in it.

Regarding public security, I observed that the Taliban have largely succeeded in maintaining national security. There are strict security controls on the roads and checkpoints on every corner in the capital Kabul.

Yet, providing education, health services and economic opportunities remains the biggest challenge for the Taliban. The Afghan economy heavily relies on aid from foreign countries and Afghanistan’s recognition as an independent state is crucial for the recovery of its economy. In this respect, Turkey’s TOBB University is currently conducting research on the priorities in Afghanistan on behalf of the United Nations.

In particular, Afghan girls’ education under Taliban rule is a serious concern for the international community. Even though Afghan girls have access to university education in separate classes from Afghan boys, the issue of primary and high school education has remained unsolved. To cope with the pressing issues in education, health and the economy, the Taliban government must adopt a rational attitude.

In this dire situation, the TMV, as a nonprofit public education foundation, has taken up a critical role in Afghanistan. Together with the Education Ministry, it is the sole entity in Turkey authorized to provide educational services abroad. Especially in the last five years, its activities and influence spread over continents thanks to the rising power of Turkey as an international player.

Since Afghanistan’s educational infrastructure has been devastated over the long period of wars and military invasions, the TMV provides critical educational services to Afghan children from preschool to higher education. Currently, the TMV’s Afghanistan schools have more than 20 education centers. At an iftar (the fast-breaking meal during the holy month of Ramadan) organized by the foundation, Afghanistan’s education minister expressed his gratitude to Turkey for the Maarif schools’ services to Afghan children.

When the Taliban returned to power, the administrators of the TMV did not leave the country, demonstrating their determination to provide educational services to Afghan children. Among the teachers of the TMV’s schools, this determination has been praised as a heroic act. Thanks to the scholarships provided by Turkey, which began during the presidency of Turgut Özal, dozens of Afghan teachers learned Turkish and gained Turkey’s experience in the educational field.

During this transition period, Turkey is one of the few countries that kept its embassy open in Afghanistan. Represented by an experienced and visionary ambassador, Turkey adopted a critical role in the country’s recovery. Even though problems of public security have largely been resolved, international recognition, economic amelioration, bureaucratic restructuring, and improvement of educational and health services are some of Afghanistan’s main challenges. I believe that the healthy and constructive relationship between Turkey and Afghanistan will assist the Afghan people in resolving these problems and contribute to regional peace and prosperity.