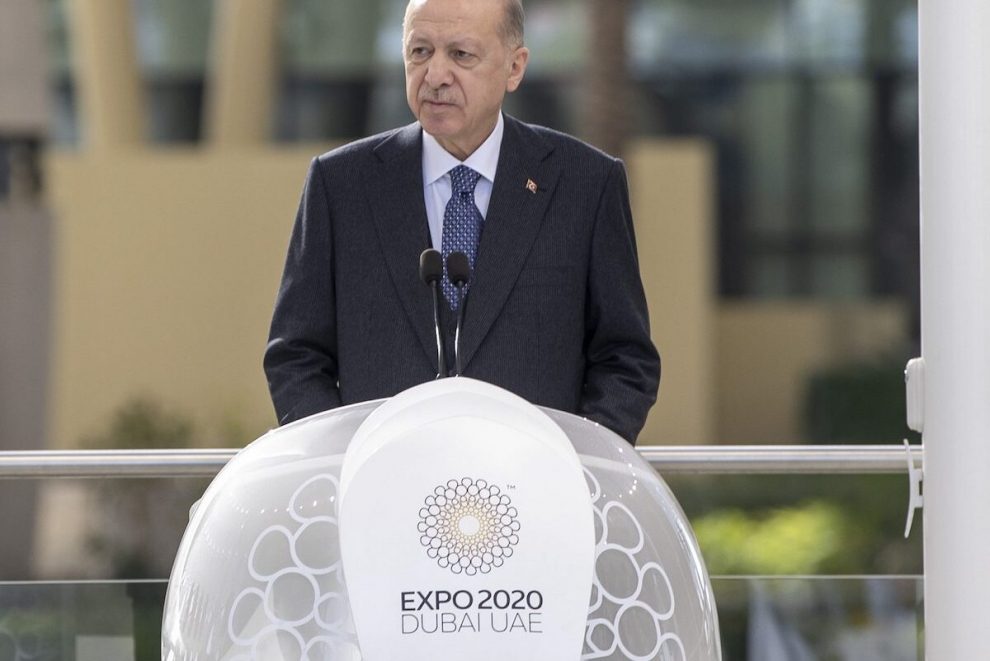 Turkish President Recep Tayyip Erdogan’s visit to the UAE in mid-February was not an ordinary event like other visits, as it came after a cold war between the two countries in which the accusations exchanged reached an unprecedented level, to the level of conspiracy and threatening national security. The visit aimed to stop, if only temporarily, this cold war, and to try to replace it at the very least with a “cold love” even though the UAE showed its “warm love” or rather its “false love” in a festive welcome that was so exaggerated, to the point that it was unbelievable and revealed that there is something behind it.

Despite this very festive show, Turkey has not, and will not, forget the UAE’s participation in the failed coup attempt in the summer of 2016, nor the conspiracies that preceded and followed against the Turkish economy, and the spread of security unrest. Meanwhile, the UAE will not forget its mission to destabilise the Turkish rule, given it is part of the Islamic project that the UAE is fighting around the world, even if it has to temporarily abandon the project.

The UAE may have finally realised that its moves to overthrow Erdogan or destabilise the Turkish security and economy in the previous blatant manner ended in failure, and it has no other chance of success and, therefore, it decided to choose a new path through its large legitimate presence inside Turkey, whether through its network of diplomats, investors, journalists, etc. It may also be in dire need of Turkey to ensure its security in the face of imminent Iranian dangers with the progress of the Iranian-American nuclear negotiations, which may result in Tehran as the leader of the Gulf region or, in other words, “a thug accepted by the US”. Therefore, the UAE fears for itself from this thug that does not hide its ambitions for it, and which already occupies three of its islands (the Greater Tunb, the Lesser Tunb and Abu Musa), which is based on a family root in the UAE, as most of the major Emirati families that control the economy are of Iranian origin. In any case, the Emirati government palaces are in the range of the “Iranian slingshot” and do not need intercontinental missiles.

Hence, the UAE realises the need to rely on a force that can protect, given the possibility of Washington’s failure. Abu Dhabi saw the result of this force’s (Turkey’s) intervention in neighbouring Qatar, as it rescued Qatar from a ready-made invasion plan in which the Emirates itself was a partner.

Moreover, the UAE, which has recently become a frequent target of Houthi missiles, realises that these missiles are Iranian, and that they will not stop unless they find something that deters them. This deterrent will be Turkey and its Bayraktar drones, which have proven their effectiveness in many other volatile regions, such as Libya and Nagorno-Karabakh, and changed the equations on the ground in these areas in favour of the party using them. The results of this Emirati-Turkish rapprochement may soon appear in the form of stopping Houthi missiles against Emirati targets.

The UAE may feel that it has the ability to push Turkey forward on the path of further normalisation with Israel,  taking advantage of Ankara’s past normalised relations with Tel Aviv, and recent efforts to develop relations. It will consider that any progress in those relations, as indicated by the actual developments on the ground, will be a success for the Emirati normalisation plan under the name of the Abrahamic religion, and what a great success it would be if the UAE succeeded in persuading Turkey to fall under this umbrella.

The Turkish objectives of that visit are, of course, different, as it comes within the framework of diplomatic efforts to ease tension with many parties to serve internal interests, especially the Turkish economy, which needs Gulf investment flows and the Gulf markets. Turkey also wants to avoid more Emirati plots at a time when preparations for the presidential elections to be held in the summer of next year began early. It considers that normalising its relations with the UAE will be the most effective way to develop relations with all Gulf countries, including Saudi Arabia, which will eventually find itself compelled to normalise its relationship with Turkey with concessions it did not want before. It is likely that the Turkish-Saudi disputes will be settled before the end of this year and a new leaf will be turned, overcoming the murder of Khashoggi and the subsequent crises. This new leaf may be the key to ending the futile war in Yemen.

It is clear that Erdogan’s visit to the UAE focused mainly on the internal concerns of both countries, focusing on the security and investment files, but this does not mean that non-domestic issues were not discussed. We talked about the normalisation file in the region and the possibility of Turkey taking new steps in it, as well as the possibility of changes in the Yemeni scene. Could the matter affect the conditions of the Egyptian opposition residing in Turkey, many of whom are on the UAE’s terrorist lists? Did the discussions include the expulsion of these opponents from Turkey? No news was reported about this, but an analysis of the context of the visit and the priorities of each party reveals to us that this issue was not a priority for the UAE in the talks, as it had more important issues, i.e. its own security, which is threatened by the Houthis and the Iranians. It is illogical while it is in this situation to ask those whose support they need, for other demands that do not concern it directly, and instead will leave that to the course of the Egyptian-Turkish talks.

Not Ukraine but rather US is losing
Biden orders banning trade, investment in eastern Ukraine, where there are no such activities