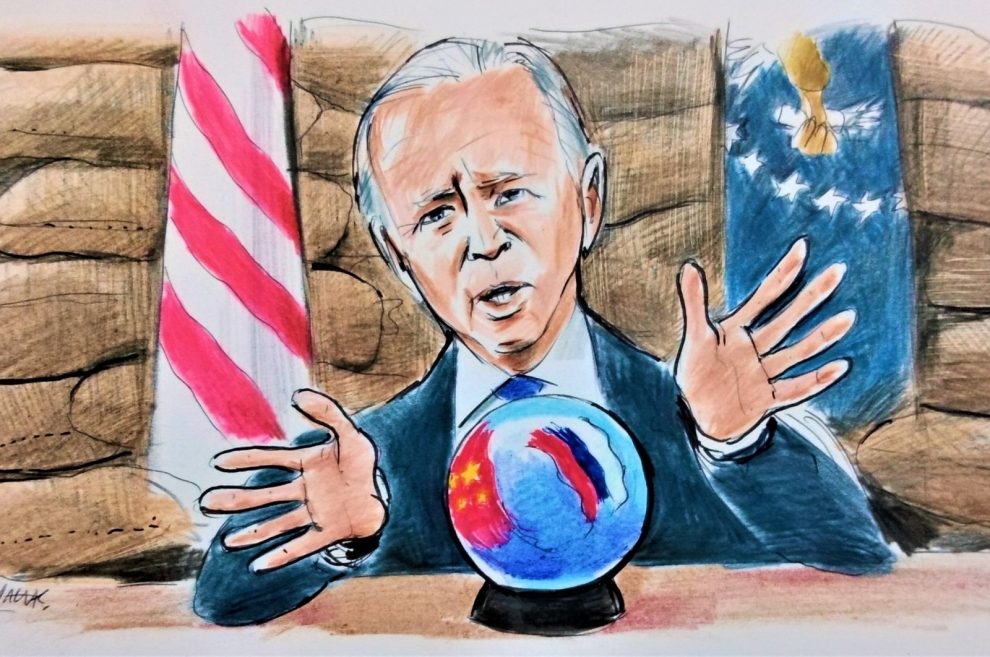 The White House, “the (once) headquarters of the world,” is making statement after statement regarding Russia’s “invasion” plan in Ukraine. The United States spreads invasion rumors as if it wants Russia to invade Ukraine, which relied on the American administration for its security until recently. However, everyone knows that such dialogue only provokes Russia to take harsher steps, and it is not clear what the U.S. administration intends by such statements other than enjoying watching the swallowing of a relatively small country by a bigger one. In the end, the loser will be America as it may lose its superpower status and the trust of its allies.

In my academic article titled “The United States: Is it Still a Superpower?,” I had argued: “The U.S. power is in decline; it is still a superpower thanks to its allies, friends, economic tools, like the U.S. dollar, and even its adversaries. In other words, not Americans but other countries, including rivals, keep the U.S. as a superpower. They have done it voluntarily since the U.S. has the desire to act globally, and any loss in its power would cause more losses in other countries. However, particularly during the (former U.S. President Donald) Trump administration, the U.S. withdrew from the leadership of the like-minded countries, opening the way for China and Russia to be more active in world affairs.”

If I go over my argument in light of what is going on in Ukraine, I can say that the era I mentioned is about to end, though U.S. President Joe Biden replaced Trump. Remember that when Biden took power, he had proudly said “America is back.” Unlike Trump’s desire to isolate America from world politics and conflicts, Biden was quite assertive about maintaining the role of being the gendarmerie of the globe. Yet, America is still absent, and there is no evidence to show it will ever be back.

On the other hand, while America’s allies were voluntarily allowing Washington to lead them, they are now opting to visit the Kremlin instead of the White House. Such visits may be regarded as a loss of hope in the American leadership. This is not the case only for NATO members. U.S. friends in the Middle East, Far East and Central Asia already experienced shocks when, for example, the American administration resumed Joint Comprehensive Plan of Action (JCPOA) talks and withdrew from Afghanistan.

Since the U.S. is reluctant to act firmly to protect its allies, Russia and China are eagerly replacing it in places it left behind. For sure, the more the U.S. stays silent, the more they will expand their influence. In this case, allies will either develop good relations with the new global powers or have problems with them, including fighting.

In fact, the U.S. leadership could still be influential as other countries already support Americans in world politics. Also, when the bloc is integrated, adversaries generally hesitate to act irresponsibly. Remember in past conflicts when the U.S. showed its teeth to Russia, the latter stepped back in order to refrain from confronting the former. However, Russia is almost sure that the U.S. will not do anything other than condemn Russian atrocities. What is more, U.S. officials make statements similar to those of news correspondents. Instead of opposing Russia’s aggression, they choose to make predictions about when Russia will attack Ukraine.

Meanwhile, what if China surrounds Taiwan with its army or invades the island? Obviously, the U.S. won’t be able to handle two invasions simultaneously and that will probably be the end of the U.S.’ superpower status. Therefore, it can be concluded that an immobile and silent America in the Russian-Ukrainian conflict means the end of the U.S. era, the dissolution of the Western bloc and the emergence of a multipolar world.

Is the U.S. ready for the defeat? Probably not, but it seems Washington is unaware of the danger it faces. Whether the world is ready for a new order is not clear but since new powers have nothing to give the world in terms of soft power, it can be concluded that trouble is in the near future for all countries unless quick actions are taken.