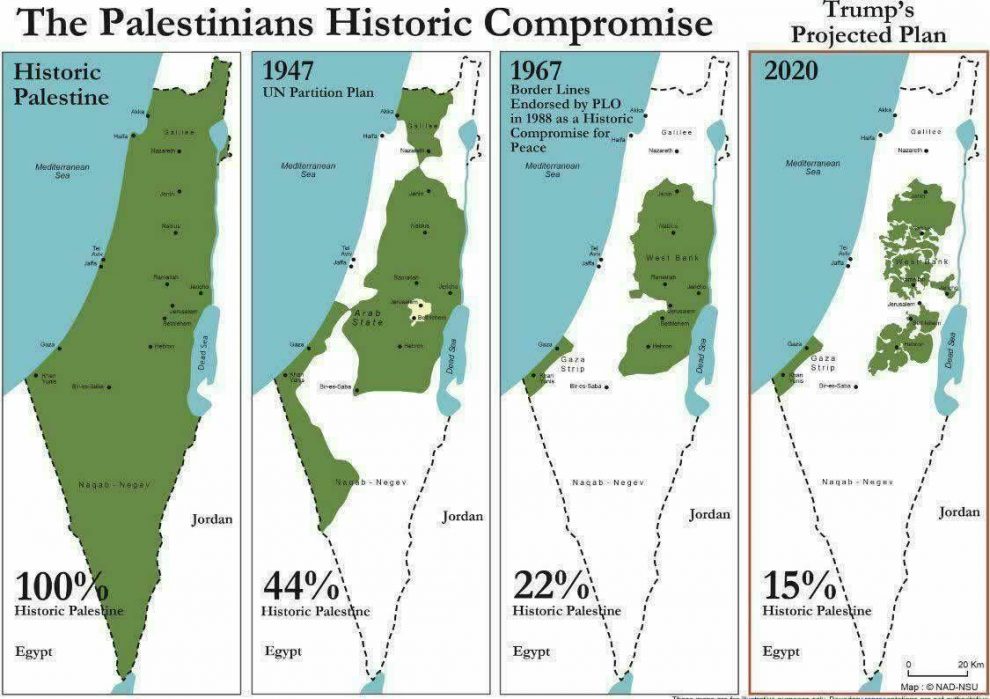 We are now highly likely on the eve of yet another conflict to be ignited following a so-called peace plan dubbed as “the deal of century ” which was put forth by Trump himself along together with both the head of state and head of the opposition party of the Zionist regime a few days ago.

According to the plan, Jerusalem will be completely controlled by Israel, and Palestine will only keep on dreaming it as their capital.

The plan was chiefly prepared by Kushner, the son in law of Trump and is supported by some Gulf States led  by the head of the UAE and KSA, MBZ and MBS respectively.

Apart from a few Arab states, unfortunately almost the whole regional states seem to have agreed with the plan and will keep playing the three monkeys despite clear masquerade laid out by the US.

Jerusalem is not only a sacred place and deemed as a holy city by Muslim community but also most of the Christians are also seeing it the same. So, it is  time to duly rise the voices against such audacity and one-sided approaches of Israel and Trump.

Unless the Zionist regime puts an end to its bullying deeds and atrocities being perpetually implemented for decades on Palestinians, it will be not possible to see a peaceful atmosphere and tranquility in the Middle East. Everyone must know that this kind of steps being unilaterally taken in order to supposedly solve the ongoing conflict will never be a remedy for the blood and tears shed for years on the soils of this region.

Trump has for a while been threatened by the embedded order of the deep state of the US dominated by Jewish lobby with the impeachment process and thus boxed in a bad way to take such an action to supposedly appease this power in the name of continuing his post for the rest of the presidential time until the upcoming elections.

The world has a huge problem named Zionist mentality or stark threat that when the time comes they will not arguably see any hesitation to light the fuse to make the world a hell for the sake of their high interests.

If the world really wants to live under an even more appropriate conditions to actually befit humanity as a whole, every sane people living in the world should try to act in earnest against this threat and eliminate the Zionist aggression and atrocities heavily undermining the whole common values of the  humanity.