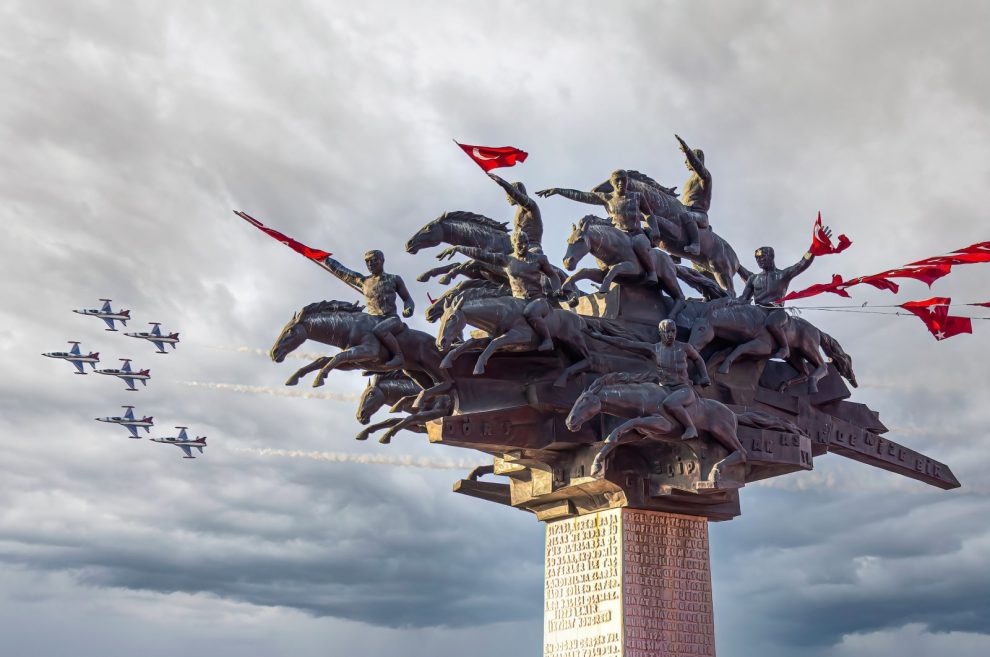 The 19th century was the age of colonialism. After completing their industrial revolutions, the leading Western states began to invade and colonize the whole world. The British occupation of India and the Dutch, Portuguese and Spanish colonization of Asian spice-producing countries helped these colonial powers accumulate an immense amount of capital. A strong economy meant a strong state and large armies. Having kept out of the colonization of Asia, France and Belgium opted for the uncharted continent of Africa with colonialist designs. Even though colonial powers clashed with each other from time to time, they succeeded in dividing the world up amongst themselves by following one of the most primitive laws of nature: “big fish eat little fish.”

The Ottoman state was the last great empire of the closing imperial age. For six centuries, the Ottomans ruled large areas of the Middle East, Eastern Europe and North Africa. In comparison to this vast territory, Turkey appears to be a small island at the heart of the Ottoman lands.

The decline of the Ottoman state was closely linked to the end of the imperial age and the dawning of the nation-states. In contrast to the Western colonial powers, which transformed science, ideas and culture into means of colonization, the Ottomans were late in their efforts to modernize the country.

In his book “The Empire’s Longest Century,” historian Ilber Ortaylı describes the 19th century as the most disastrous century for the Ottomans. The dethronement of Sultan Abdülhamid II, the political power of the Committee of Ittihat and Terakki (Union and Progress), and the mismanagement of the state by the former minister of war of the Ottoman Empire, Enver Pasha, and others greatly weakened the empire. After the Ottomans joined World War I on Germany’s side, the whole empire was invaded by the Allies of World War I and then shared between Great Britain, France, Italy and Greece.

A hundred years ago, the young Turkish state launched a fierce war of independence against the invading powers. Having always remained free and independent throughout history, the Turkish nation expelled the invaders from a large part of its national borders, which we call our motherland.

A century later, international politics are in an altogether different geopolitical situation. First of all, the Western states are no longer as strong as they once were, while countries like Turkey are no longer as weak. After World War II, the United States became the hegemonic power in the West, while the European state’s colonial empires fell with a wave of wars of independence.

Meanwhile, China has emerged as an economic superpower during the last two decades. As American foreign policy shifted its focus from the Middle East towards the Asia-Pacific region, a great power vacuum was created in the Mediterranean, the Middle East, the Black Sea and the Baltic region. Turkey has succeeded in expanding its influence in most of these areas of political instability and conflict.

Despite its economic problems, Turkey has emerged as a regional power. With a population of 85 million and an income of $10,000 per person, Turkey’s economy is the 17th largest in the world. Thanks to its imperial heritage, deep geopolitical influence and strong leadership, Turkey has become one of the leading powers in its region of influence.

In the long-standing Syrian crisis, Turkey has been one of the principal players. As one of the main actors in the Geneva and Astana talks, Turkey supports the territorial integrity of Syria with Russia and Iran.

In the Eastern Mediterranean, Turkey has successfully protected its national interests against the extreme demands of the Greek administration thanks to the strength of its navy and diplomacy.

During the Nagorno-Karabakh war, Turkey emerged as a playmaker by actively supporting Azerbaijan against the aggression of Armenia.

In Libya, while European powers sided with the putschist Gen. Khalifa Haftar, Turkey supported the United Nations-recognized Government of National Accord (GNA), opening the door for political stability in the country.

As opposed to the Western countries, which abuse Ukraine to compete with Russia, President Recep Tayyip Erdoğan is spearheading peace talks between Russia and Ukraine. Turkey has also served as one of the leading international players in Afghanistan and North Africa.

A century after its War of Independence, Turkey has emerged as a great power.