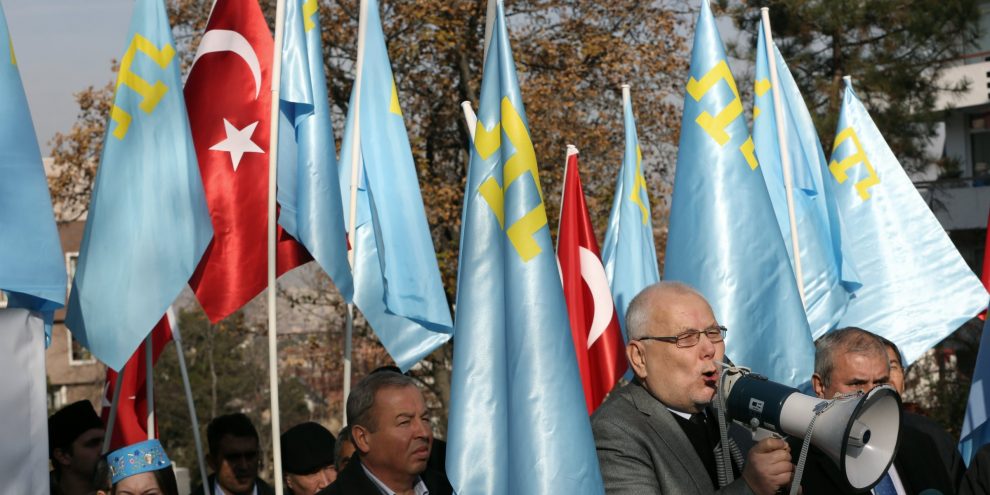 A Russian military court handed total of 110 years prison sentences to seven Crimean Tatars on Wednesday over what Tatar community calls “bogus terror charges,”  after which the Turkish government has been criticized for only “criticizing” the Russia’s oppressive policy.

“We expected Turkey to at least condemn the cowardly act, not to find it ‘regrettable’ as if it’s a simple disagreement,” said a prominent member of Crimean Tatars whom was exiled to Ukraine following the Russian occupation of the peninsula and wished go remain anonymous due to sensitivity of the issue.

Russia has been carrying out oppressive policies in Crimea since Moscow illegally annexed the region. Thousands of Tatars have been forced to move to other Ukrainian cities as several hundreds of those whom remained in Crimea have been gone missing. Russian government has been using all kinds of oppressive methods to silence Tatars whom are outspoken about Moscow’s occupation.

Turkey has been seen as the ultimate protector of Tatars, a Turkic community indigenous to Crimea. Ankara does not recognize Crimea as Russian territory. Under Joseph Stalin’s rule, Tatars were sent into exile to Uzbekistan and the Urals and did not return until the fall of the Soviet Union.