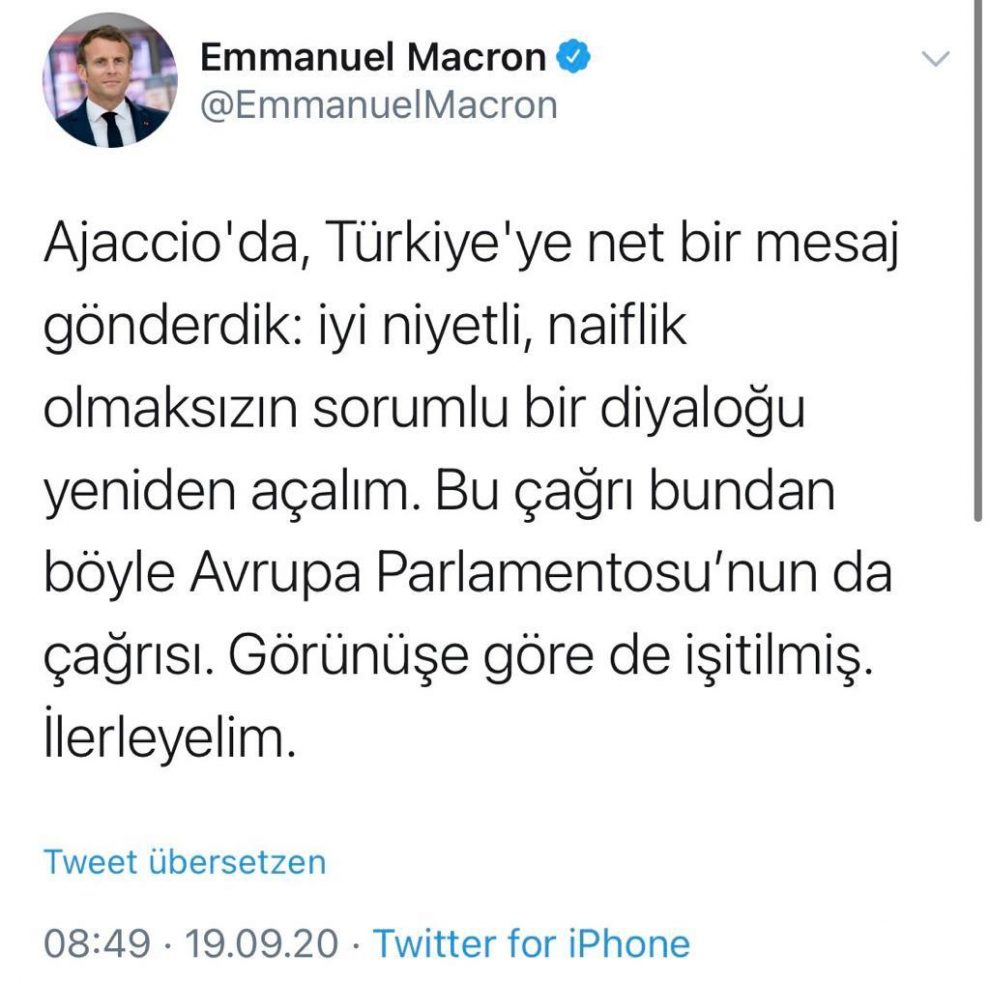 In a tweet, Macron urged all parties to “move forward”.

“…let us open dialogue… This is also a call from European Union Parliament… Let us move forward,” said Macron.

Interestingly, Macron chose to send his word of support in a Turkish-written tweet.

Remember, it was Turkey’s President Recep Tayyip Erdogan who, after attending mandatory congregational Friday prayers at Imam Ali Mosque in Istanbul a day earlier, called on Greece to “give diplomacy a chance”.

“Let’s give diplomacy a chance, put forward a positive approach in diplomacy… let Greece meet our approach in a positive direction and we take a step accordingly,” Erdogan told reporters.

Athens claims unjustifiable zones, literally pushing Ankara inside its shore along the Sea – Turkey has the longest shore around East Mediterranean Sea among all its neighboring countries.

However, as part of its forward-block diplomacy, using military in field and diplomacy on table, Turkey was able to convince all parties that a “justifiable and fair” distribution of zones in the Sea was able only through talks.

The latest tweet by French President Macron also reveals his flailing stature as a European Union leader. Paris wasted no time in launching a tirade and even sending war ships and air force support to Greece against Turkey.

But, nevertheless, good sense seems to have returned and there is a push for diplomacy and dialogue to arrive at a just solution – agreeable to all parties involved.

Erdogan also put ball in the court of Greece saying Turkey has no “trouble” in meeting with Greek Prime Minister Kyriakos Mitsotakis.

“But what is essential is what to discuss and on what grounds to meet,” he added.

“We also told them this: We’re always ready to meet if there is goodwill, we can meet whether we have a meeting in a third country or through video conferencing, but we can do that,” said the Turkish president.