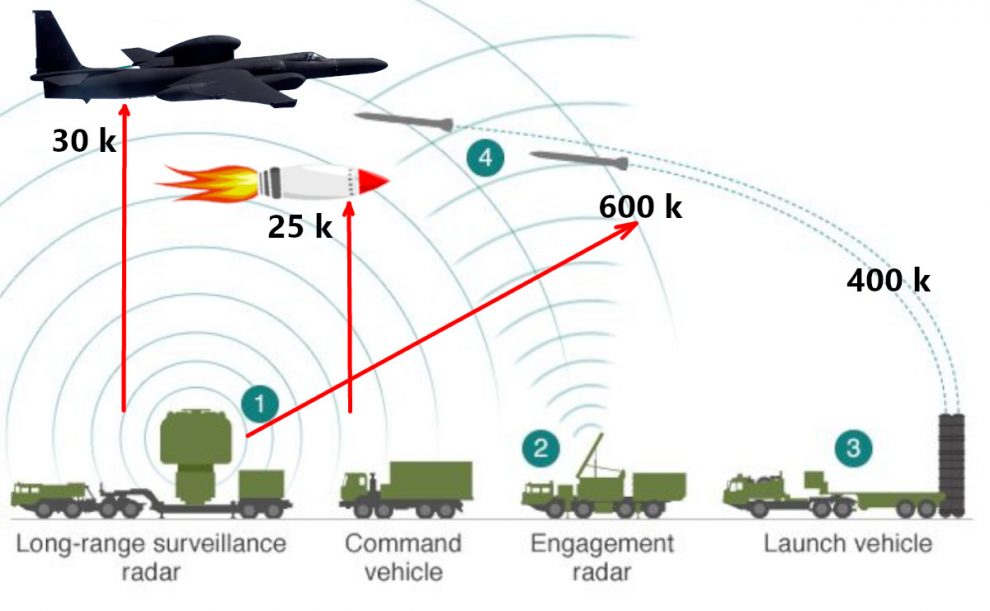 Turkey seeks to have an integrated and complex layered air and missile defence system, which will be developed and built up both by national and foreign firms.

Turkey’s missile threat perception began to increase by the early 1980s, the decade when chaos and political instability made inroads into the Middle East, starting with the Iran-Iraq War between 1980 and 1988. The two regional rivals devoted a large portion of their resources to advanced military studies and the procurement of multiple types of missile technologies, and they were not hesitant to display their missile strike capabilities.

Although Turkey did not face any missile attacks, it did witness how the use of such weaponry have caused thousands of civilian deaths in neighbouring countries. For instance, Iran and Iraq attacked each other with short- and medium-range missiles like FROG-7 or SS-1 in the decade of 1980-1990. Ballistic missiles like SS-1 are the main vehicles to carry and launch weapons of mass destruction. One ballistic missile can carry up to three warheads equipped with a weapon of mass destruction (WMD).

The creation and use of missile technology in countries like Iraq can end up in the wrong hands such as terror groups like the PKK, which has trained its members and planned attacks against Turkey from the mountains of Iraq and Syria.

The existing missile stockpiles in the Middle East and the regional race to develop more and more offensive-missile technology, plus the risk of non-state actors acquiring and developing WMDs, have posed a major security threat to Turkey, a NATO ally since 1952.

The First and the Second Gulf Wars, the Arab Spring, and the ongoing civil war in Syria spurred Ankara’s defence bureaucracy to develop and implement new strategies for risk mitigation.

It started with the launch of “Turkish Long-Range Air and Missile Defense System (T-LORAMIDS)” to replace old systems like the 1950s’ Nike-Hercules with new high-tech shields. By 2015, Turkey completed all the requirements from opening tenders to examining them through a technical grading system. While a Chinese bidder topped it, Russia offered Ankara an upgraded version of the S-300, which did not meet Turkish defence requirements. The process evoked an angry response from NATO, with its leading partner the US asking Turkey to not buy any sophisticated weaponry from the Chinese bidder, which was facing sanctions from Washington.

By November 2015, Turkey hosted the G20 summit in Antalya, where then US president Barack Obama met Turkey’s President Recep Tayyip Erdogan. Soon after Erdogan announced that Turkey was not buying the air defence system from China. Although Ankara cancelled all the tenders under T-LORAMIDS, its quest to build deterrence against the offensive-missile threat continued, especially when NATO allies the US, Germany and the Netherlands announced the withdrawal of the Patriot systems from Turkey in the same year.

While Ankara’s threat and risk spectrum had been expanding ⁠— civilians were killed and injured in Reyhanli and Kilis by rocket attacks launched from the Syrian border⁠ — NATO allies’ decision to pull their missile defence systems led Ankara to question its defence strategy under the security umbrella of NATO.

Indeed, Ankara realised the urgent need to develop its own indigenous systemic and high-tech integrated national missile defence system while keeping its strong sense of commitment and loyalty to NATO, without being “an Alliance dependent” country. In other words, Turkey decided to apply a new strategy to eliminate the security deficit by overcoming one-sided dependency on NATO and searched for alternative procurement models.

The next year, the Erdogan-Putin meeting in Moscow in October 2016, paved the way for Ankara to rethink and find alternative suppliers to meet the defence requirements of the Turkish Armed Forces. Five months later, Putin and Erdogan met again in the Kremlin, where the acquisition process of Russian S-400s was discussed by high-level officials of both countries.

Throughout the negotiation process between Ankara and Moscow, Turkey was consistently criticised and warned by other NATO allies — especially the US — against purchasing the S-400 defence system. In response, Ankara continued to remind its NATO partners about their commitment to support member states in maintaining their territorial integrity, and cooperate with them on security issues such as Turkey’s fight against PKK/PYD/YPG terrorism. Thus Russia’s desire to enhance Turkey’s air and missile defence capacity as well as the collaboration on different topics related to the Syrian War led to the implementation of S-400 contract.

Consequently, Turkey is seeking to have an integrated and complex layered air and missile defence system, which will be developed and built up both by national and foreign firms. On the one hand, Turkey acquires Russian S-400s by foreign direct procurement, which includes some level of work share and technology transfer. On the other hand, Turkish defence companies such as Roketsan and Tubitak Sage design, develop and produce multiple air and missile systems both for defensive and offensive purposes such as Korkut, Hisar Family and Bora.

Two types of aerial threats can challenge a country’s sovereignty. One posed by what experts call “air breathing systems,” which includes fighter aircraft, cruise missiles, helicopters and drones, and the second by ballistic missiles. Armed shields like the S-400, the Patriot, HQ-9 or SAMP-T can eliminate both threats, with a hundred percent guaranteed protection from ballistic missiles.

Ankara has consistently emphasised that S-400s will be built as a completely independent “stand-alone” platform, which means it will not be integrated with any of the early warning, command, control, communications and intelligence segments of NATO systems.

With Turkey becoming the first NATO country to buy and deploy a strategic defence system from Russia, the procurement symbolises a significant turning point in two respects: Kremlin’s success in selling Russian technology to a NATO country as well as demolishing the barriers of NATO’s defence market, which will be annoying for top arms exporters such as the US, Britain, Germany and France.

Buying S-400s also means a long-term strategic partnership between Ankara and Moscow; not only in technical terms but also on military, economic and political levels.

Now equipped with one of the world’s leading air and missile defence technology systems, Turkey is on a faster path to enhance its deterrence power in the region.

My story of July 20, 1969
The significance of the S-400s: The trial for Turkey’s sovereignty and future
Comment