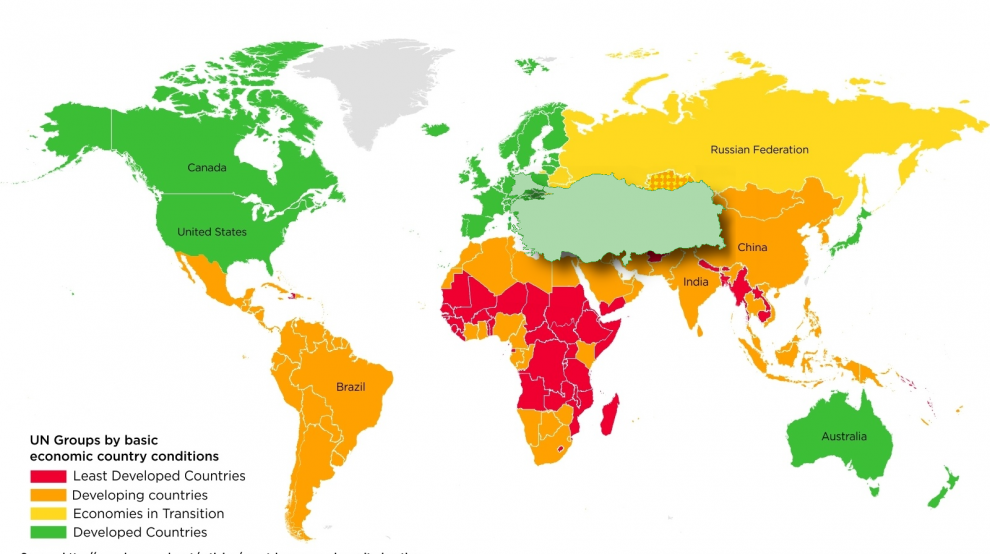 American President Franklin Roosevelt began planning for the post-World War II settlement before the United States even entered the war. America and Britain issued the Atlantic Charter, which articulated their goals for the postwar order, in August 1941, four months prior to Pearl Harbor. Experts say that is the main reason how post-1945 order led to more than seven decades of peace and prosperity in the west. Turkish president Erdogan talked about how Turkey was prepared to assume its new role in the post-corona world order during his first televised speech after corona virus entered the country. Ensuing developments proved him right.

While the government took an immediate action to place the most necessary measures to stem coronavirus, Turkey started sending much needed medical supplies to the top developed nations in the world including the United States and the UK. Turkey’s health system proved to be one of the most competent in the world while European and American overwhelmed hospitals have virtually been on the verge of collapse. Countries whom are currently considered developed one by one sent messages of appreciation to the Turkish nation for providing help when there was desperation. Turkish government has managed to sent aid to nearly 60 countries through out the world so far while achieving an amazing job at home to beat the novel coronavirus. When European Nations and the United State was brought down to knee, Ankara was determined and confident in its fight. Some preferred to call this “corona diplomacy” but it’s certainly assuming a leadership role.

Experts have been warning about possible second or even third wave of coronavirus in the upcoming seasons which means much bigger calamities. It would certainly change the 70-year-old world order. Even without successive waves, in the post-corona era, the concept of developed, emerging and underdeveloped will certainly be reconsidered. Because a developed and leader nation is the one whom takes responsibility and leadership in protecting the humankind when its matters the most. At the moment, that role is by far assumed by the Turkish nation in the world. While western countries accusing each other of piracy for stealing medical supplies, Turkey has been busy sending aids to other nations that saved tens of thousands of lives.

Turkish government has successfully repatriated more than 70 thousand citizens from 101 countries. But it also helped citizens of other nations as well be it stranded Greek sailors in Africa or Albanian citizens in Asia. There have been several reports in the western media that how European governments charge their citizens tens of thousands of euros in some cases to fly them home during the outbreak. When the corona dust settles, people will also remember whom chose money over saving the lives.

Turkish president Recep Tayyip Erdogan has been using the motto “the world is bigger than five” to loud his criticism of United Nations Security Council consisting of five nations and those having the final say on all matters in the world. Covid-19 which could only be a fraction of how much more destruction the world can face from future pandemics only proved Erdogan right. When the world nations were in need of help, it was not those 5 members of UNSC but Turkey whom was there. When this initial fight against coronavirus is won, the current world order will have to be reconsidered. And Turkey will certainly be entering the top league as it has been leading the way during this fatal pandemic. Also concept of developed, emerging and underdeveloped will also need new definitions and new approach. Because a developed nation is whom is there not just for its citizens but for the whole human kind when it matters the most.