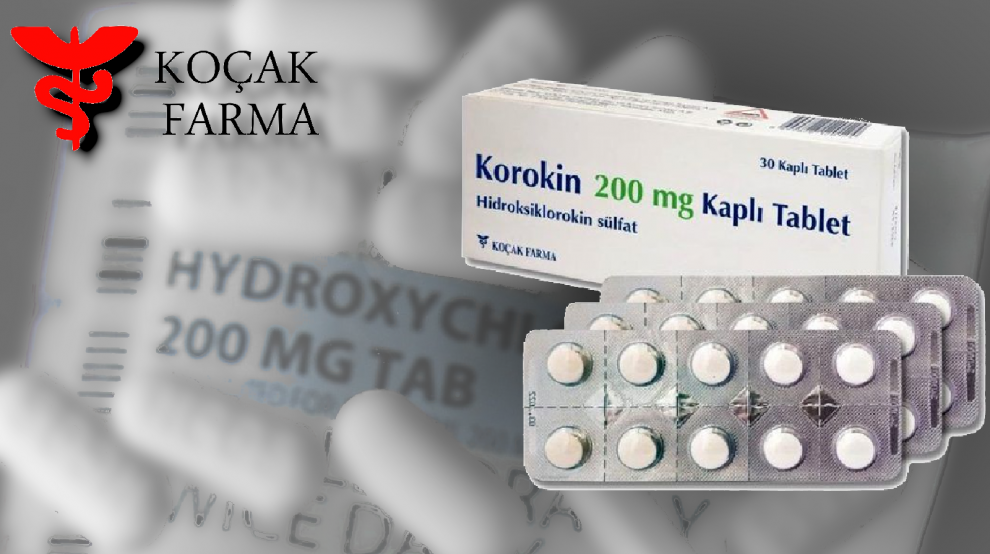 A Turkish company started manufacturing indigenous version of a drug thought to be hydroxychloroquine which was approved by the US Food and Drug Administration for emergency use in treating Coronavirus.

Turkey’s semi-state Anadolu Agency reported that a company based near Istanbul which had already been working on the drug prior to Covid-19 outbreak was licensed by the Health Ministry and started manufacturing the drug named Korokin. However, it did not specifically name which drug that was being indigenously reproduced. Turkish Health Minister Fahrettin Koca had announced that Turkish hospitals were successfuly using hydroxychloroquine to treat Covid-19 patients so it is widely thought that the company is now manufacturing a local version of hydroxychloroquine. Turkey has one of the lowest death rates in the world with 2,7 percent as its intensive care unit numbers have also been on the steady drop proving that the country has been successful in Covid-19 treatment.

The Turkish company has so far manufactured 300 thousand doses of Korokin at first stage and delivered them to the Health Ministry. The CEO of the company said they have no supply problem as the company has sufficient amount of the ingredients as well.

The drug will be provided for the Turkish patients but the company CEO said if the government approves, they will start exporting Korokin to other countries.