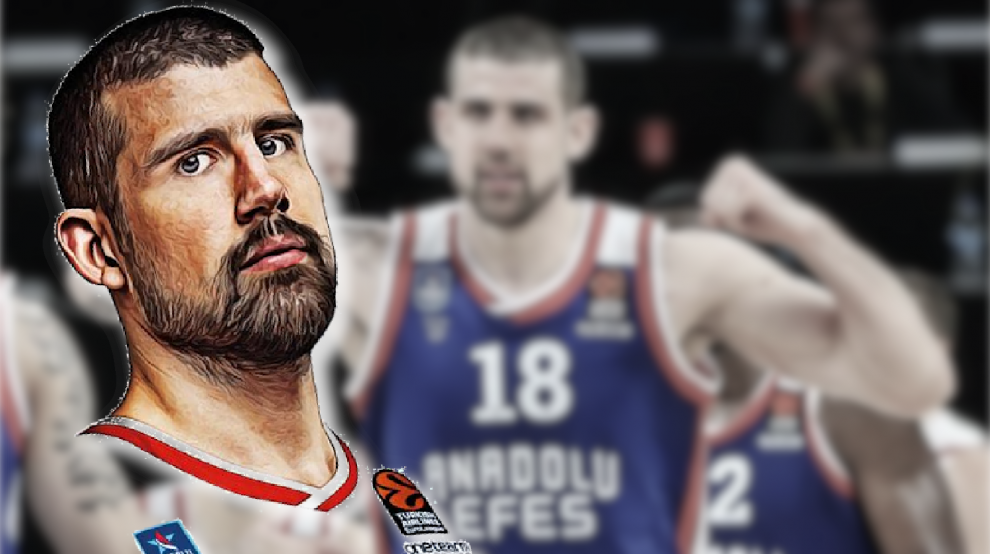 French Basketball player Adrien Moerman who plays for Anadolu Efes chose to stay in Istanbul instead of going back to France during coronavirus pandemic saying Infection numbers are much lower and Turkey is much safer than France.

“I don’t want to go to France and get the virus and infect my kids, my wife, my family,” said the 32 years old French basketball star after he was asked why he opted to stay in Istanbul instead of departing for France after the Turkish league was called off. The French player said a relative of his wife recently died of coronavirus in France. “My family feels safe here. So if they feel safe I feel happy,” Moerman said to the reporters.

Moerman said around 700 hundred people were being killed in his country on a daily bases but now it is down to a couple of hundreds so things are getting better in France.

The French basketball player said his team started trainings to prepare for a possible continuation of Euroleague which his team Anadolu Efes tops after having a 24-4 season.

Turkey has one of lowest death rate of coronavirus in the world. Only 2,6 percent of Covid-19 patients have lost their lives so far. Intensive care numbers are also dropping on a faster pace in the recent days which is an indication of less fatality.

Turkey to the UAE: Know your place
Turkish state creates its own brands